FOX 2 has learned Michelle Steele has an extensive criminal past. Dwyer says her past convictions include - operating while intoxicated, fleeing and eluding police, disorderly conduct, and resisting police.

WARREN, Mich. (FOX 2) - A suspect with a rap sheet as long as the chase she led police on, was arrested on Thursday.

Cell phone video captures part of a police pursuit led by a woman driver. What started with officers in Warren tracking a stolen Jeep, crossed into several neighboring communities before the driver crashed in a Grosse Pointe Park neighborhood.

"She was at a high speed at certain times. going over sidewalks, going through barricades. obviously, if she would not have been arrested, she would have seriously injured or killed someone," said Warren Police Commissioner Bill Dwyer.

Warren police say 42-year-old Michelle Steele was the driver and wore a tether during her joyride.

Around 5 p.m. Thursday, a 911 caller told authorities that Steele crashed into a home near Nine Mile and Ryan. The caller believed she was inhaling chemicals, which police later found in the Jeep.

FOX 2 has learned Steele has an extensive criminal past. Dwyer says her past convictions include - operating while intoxicated, fleeing and eluding police, disorderly conduct, and resisting police.

FOX 2: "Given this woman’s criminal history, are you surprised that she ended up in a situation like this?"

"No, I’m not surprised because she is habitual," Dwyer said. "She’ll continue to do this unless something is done. What she needs is, she needs to be jailed. She needs to wake up. She needs help. The first thing we do is get her off the streets so she doesn’t kill someone or seriously injure someone." 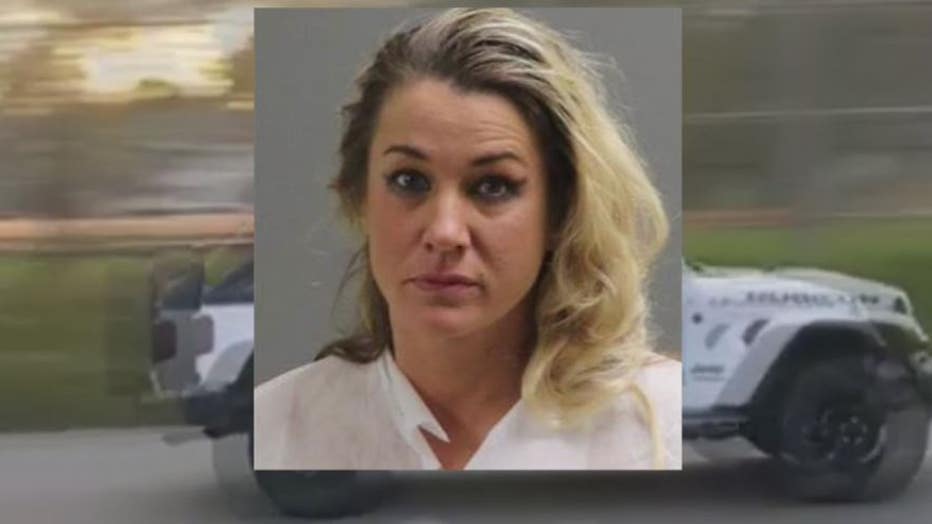 Dwyer hopes the five felonies Steele now faces will keep her off the streets until she’s rehabilitated. He says although Steele hit high speeds during the pursuit, his officers followed at a moderate speed until Grosse Pointe Park police used stop sticks to end the chase.