Paychecks and holiday bonuses for 25 employees at the Metro Food Center went up in flames after a fire torched the business.

"I went broke for my kids on Christmas. That's what we do, we cash out for our kids to make sure they're happy and we get ours last," said Angelo Walker. "Literally, like this was my last check I was hoping to see bounce back and I can't even do that."

It wasn't just the grocery store that was lost in a fire that engulfed a Detroit food mart Tuesday. All the worker's holiday bonuses and end-of-year checks also went up in flames.

Walker has worked at the grocery store for 17 years. It was money he was depending on to get through Christmas.

The fire started around 12:50 p.m. Tuesday afternoon on West Warren Avenue near Livernois. While the incident is still under investigation, Walker and other employees think the fire was ignited by wiring.

Video from a chopper above showed smoke billowing out of the store from every section. While visibility was low, footage showed the roof in the store had largely collapsed. While there were no casualties reported, workers described scenes from inside the fire as "chaos."

"You know, I'm ringing up customers and we saw them running saying that there was a fire, saying they were getting a fire extinguisher, and then the next thing you know smoke was just everywhere," said Talia Hosey, a cashier at the grocery store. 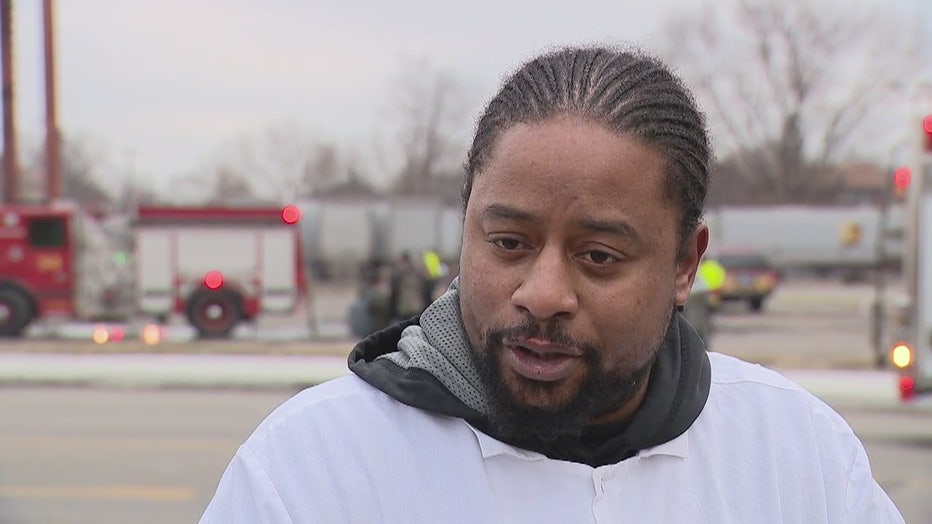 The grocery store owner said they've been at that location for almost 40 years and plans to talk to the building owner on how to move forward.