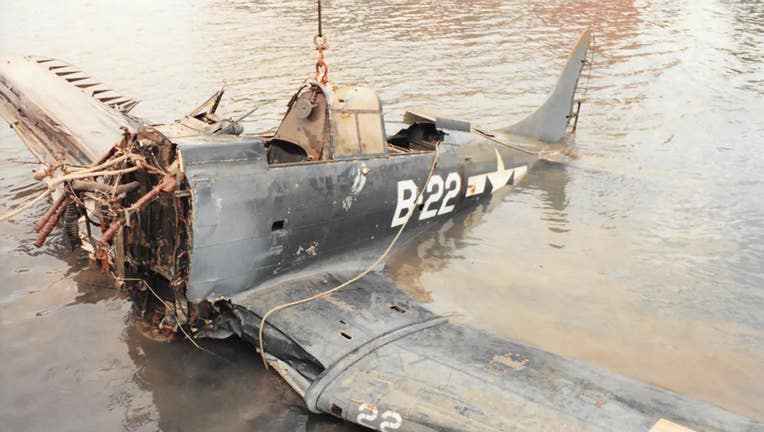 The Douglas SBD-5 Dauntless was an aircraft type that had an enormous impact on World War II. (Dauntless Media)

Until April 7, a World War II relic with a far-fetched journey will be on display at Virginia Beach’s Military Aviation Museum.

The Douglas SBD-5 Dauntless planes had an enormous impact on the war. It was one of the U.S. Navy's most capable front-line aircraft when the war broke out in 1941. These planes are famous for their incredible tide-turning efforts at the Battle of Midway, where they destroyed four Japanese aircraft carriers in a single day.

"The airplane was recovered after 50 years on the bottom of Lake Michigan. It still has its original paint … we even found the pilot's seat belt buckle still inside the aircraft," museum director Keegan Chetwynd told Fox News. "Although a number of these have been restored following their recovery, and placed in static museums, it is rare for them to be made flyable once again, which is what we intend for the airplane." 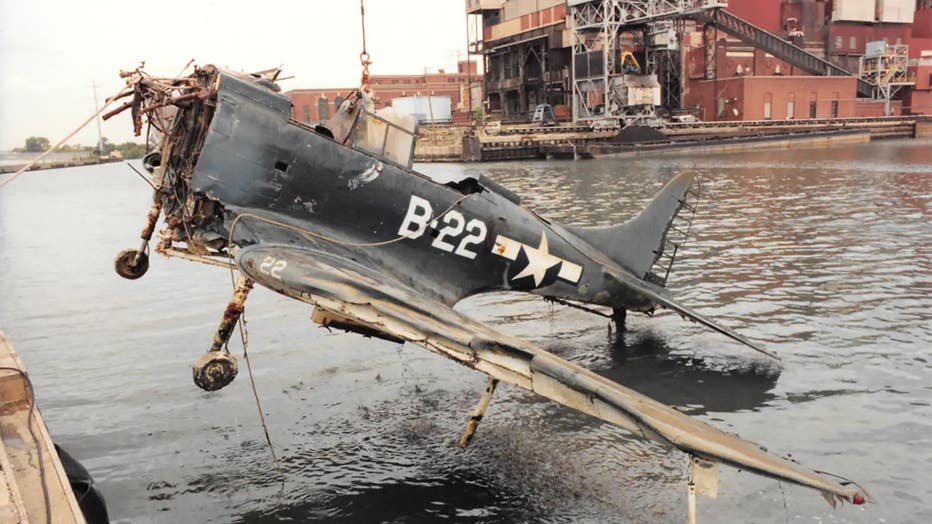 The Douglas SBD-5 Dauntless was one of the U.S. Navy's most capable frontline aircraft types when the war broke out in 1941. (Dauntless Media)

This airplane on display did not fly in combat because it was used on Lake Michigan as part of an incredible wartime effort to provide pilots carrier-landing training somewhere safe. The threat of German and Japanese submarines along the coasts of the U.S. meant that a full-size carrier being used for training naval aviators to land and take off from a ship would be too great a risk. So the Navy secured two ships originally designed for cruises on the Great Lakes, and cut the luxury accommodations off of them and made them into aircraft carriers. Known as the USS Wolverine and the USS Sable, the ships qualified thousands of naval aviators during the war.

This airplane on display was trying to land on the Wolverine under the controls of Lt. Charles L. Ford III when it crashed. Ford lived through the accident with two severe cuts to his forehead. 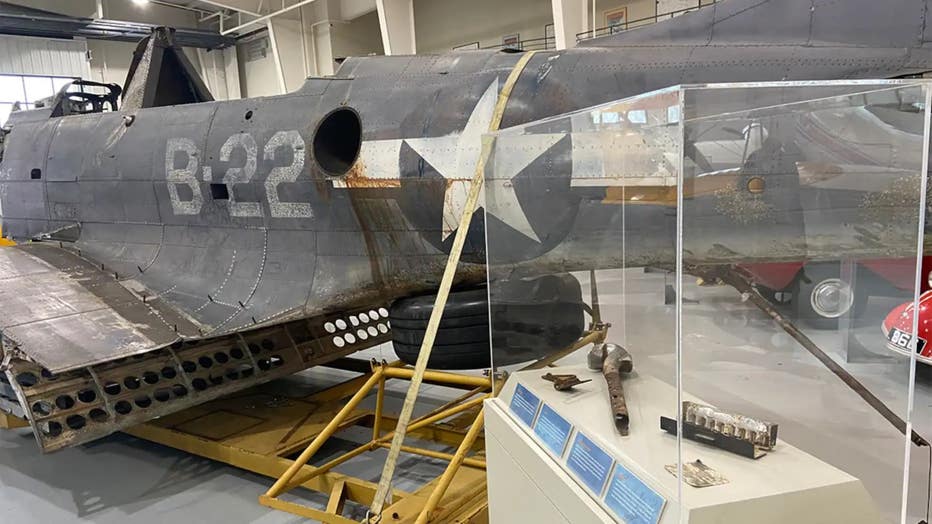 The Douglas SBD-5 Dauntless is famous for its incredible tide-turning efforts at the Battle of Midway, where they destroyed four Japanese aircraft carriers in a single day. (Dauntless Media)

Chetwynd added: "Some of the research we have done since suggests that he did eventually qualify to land on an aircraft carrier."

His team is trying to track down Ford’s family "so that we can talk with them about what experiences he may have related to them from the war years."

A huge recovery effort, including a community of recreational divers and famous aircraft salvage company A and T Recovery, retrieved the plane.

"The aircraft was transported to Pensacola, Florida, by truck, where it was stored, and used to contribute parts to other restorations, some of which are on view in other museums around the country," the director said. "In mid-February … with all of the paperwork … completed to allow the airplane to be transferred to our collection it was once again trucked from Pensacola to Virginia Beach, Virginia."

The display of the plane at the museum includes the original manufacturer data plate and the pilot's seat belt buckle, as well as video footage of the airplane on the bottom of the lake.

"We are displaying it largely in its as-recovered condition, original paint and all! The airplane is also being shown with a panel removed so people can look inside at the condition of the metal," Chetwynd said. "We also have the airplane's original tail hook on display. Tail hooks are kind of symbolic for naval aviators because they tend to only be fitted to Navy airplanes, so having the original one that sank with this airplane is special for us here!"

The museum is proud the airplane is being exhibited.

Chetwynd said: "It will join a collection here alongside dozens of other flying vintage military aircraft, helping relate to people the courage, sacrifice, determination and teamwork that the Greatest Generation used to overcome tyranny and free the world."