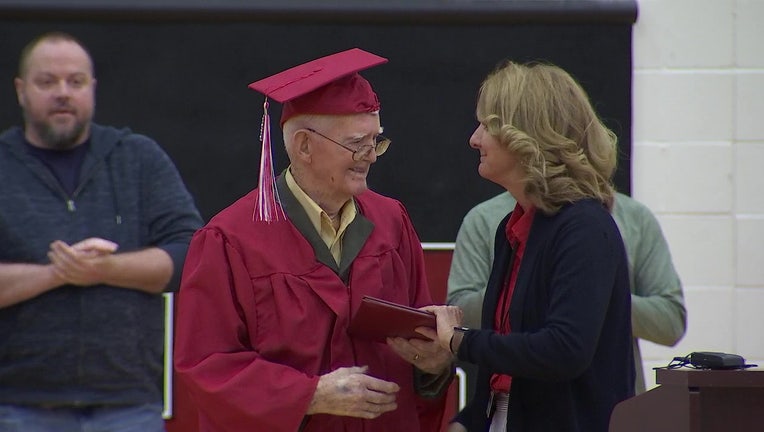 CLAREMORE, Okla. - A World War II veteran received his high school diploma at the age of 95 -- more than 70 years after he left school and joined the Marine Corps.

Cpl. Lewie Shaw was drafted into World War II and never got the chance to graduate from Alluwe High School in the 1940s.

He fought in the battles of Saipan, Tinian and Iwo Jima, and was wounded during his time in the service, KJRH reported.

According to FOX 23, a law passed in 2001 allows school districts to give diplomas to World War II and Korean War veterans. 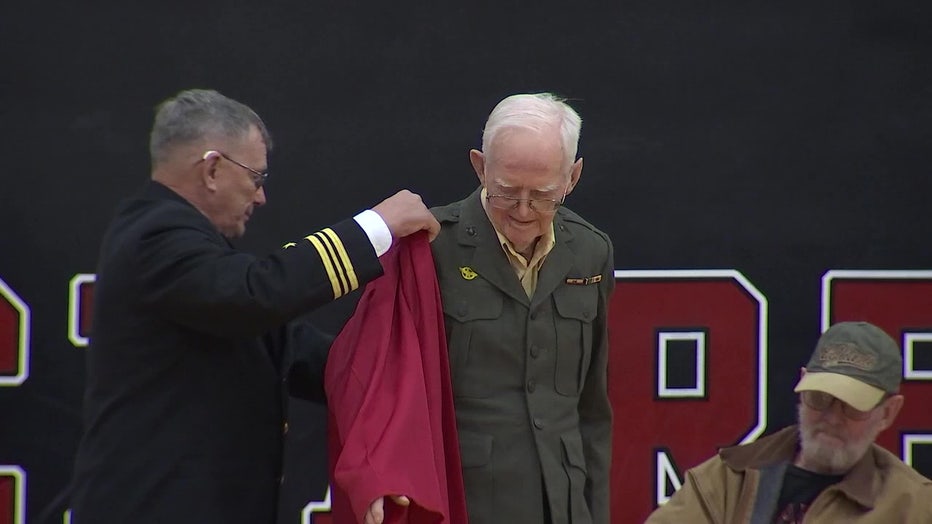 On Thursday, Shaw wore his service uniform from 1943 under his cap and gown to get his long-overdue honor.

Shaw received a standing ovation when he accepted his diploma, while the Marines Hymn played in his honor.