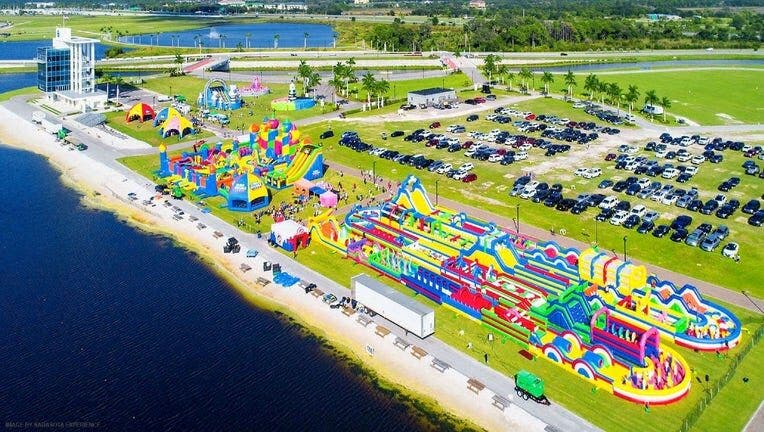 FRASER, Mich. (FOX 2) - Parents seeking a hopping good time for their little ones this summer will have plenty to look forward to when the World's Largest Bounce House comes to Metro Detroit.

Steffens Park in Fraser will host the event, which features four massive inflatables including the record-setting house, which stands 32 feet tall and covers 16,000 square feet.

Three other inflatables include a 900-foot-long obstacle course, a space-themed attraction with a maze and a 25-foot alien, and a sports arena.

You may remember that the Big Bounce was in Fraser back in 2019 but then it was only 10,000 square feet.

The event is the biggest touring inflatable event in the world, featuring four massive inflatables: