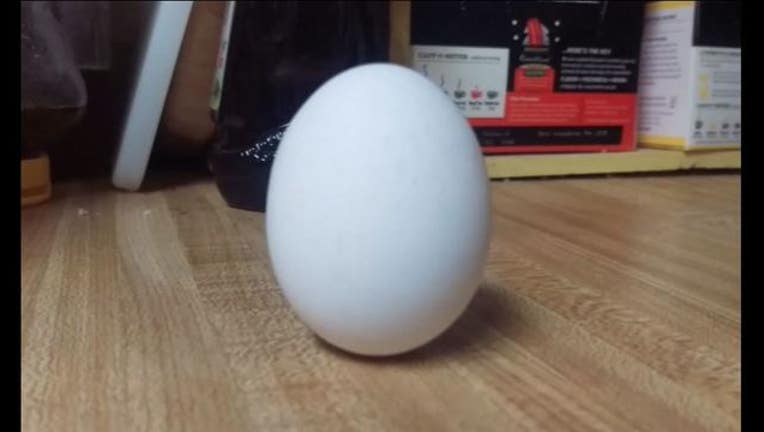 Monday is the day that we finally emerge from winter and begin spring, officially. It's also the day that everyone believes is only one of two days that you can balance an egg on its end - but that's not true.

At 6:28 a.m., the sun shined directly on the equator, meaning the northern and southern hemispheres receive roughly the same amount of sunlight at that instant. It's called the vernal (or spring) equinox and brings on spring. As all Michiganders know, spring doesn't actually start until Mother's Day (don't plant anything yet, it'll probably freeze again).

But we digress so we can debunk something that needs debunking at least two times every year: balancing an egg. You may have heard that you can only stand an egg on end at the moment of an equinox. If you got up to do this just before 6:30, you wasted your time and sleep - you can do this any time, any day.

The urban legend has been proved false for years but that doesn't stop the photos and videos submitted to news stations (like ours). Here's the deal: if you can do this on the equinox, you can do it anytime.

According to a 1987 Associated Press article on the matter (that was 30 years ago) a scientist researched it and concluded that he could balance eggs - several of them - at the moment of the equinox. But, he could also do it lots of other times as well.

University of Minnesota astronomer Frank D. Ghigo concluded that it's "basically a function of the shape of the egg and the surface".

Want more proof? A YouTube user recorded himself doing it on March 16, 2010. He even set up his computer with a clock and date to prove his point: