"I see this guy coming and hitting him, I’m like what is going on - I’m like freaking out," said passenger Caroline Torres.

The interaction ended with two strangers enraged at one another after being cut off just moments prior, both parties believing the other one is to blame.

"At that point, I’m like, call the police," he said. "She calls the police and I started recording myself, with my phone."

Kallco was wearing a neck brace due to a prior accident he was recently involved in, not involving this encounter.

While on the phone with police and still recording, the two vehicles nearly collide. And more words are exchanged.

Kallco isn't alone in his car. His fiancé is beside him and two kids are in the back seat.

He said he took drastic actions determined not to let the driver flee.

"The light is red, he is trying to flee," he said. "I kind of cut him off to try to hold him, to stop him from fleeing the scene. That is when he comes out and is attacking me."

However the driver of the other car claims he was the one cut off by Kallco.  And he says he only got out of his car, when he was blocked in and felt threatened.

Law enforcement we spoke with, say it's never a good idea to engage or try to obstruct someone who is visibly upset or making threats.

Those interactions according to police, don't end well. In this case, Kallco says the physical injuries aren't his major concern right now.

"My kids are waking up screaming at night from this incident," he said.

In this case a police report was filed and we are told investigators have been in contact with all parties involved and it remains an open investigation however no charges have been filed yet. 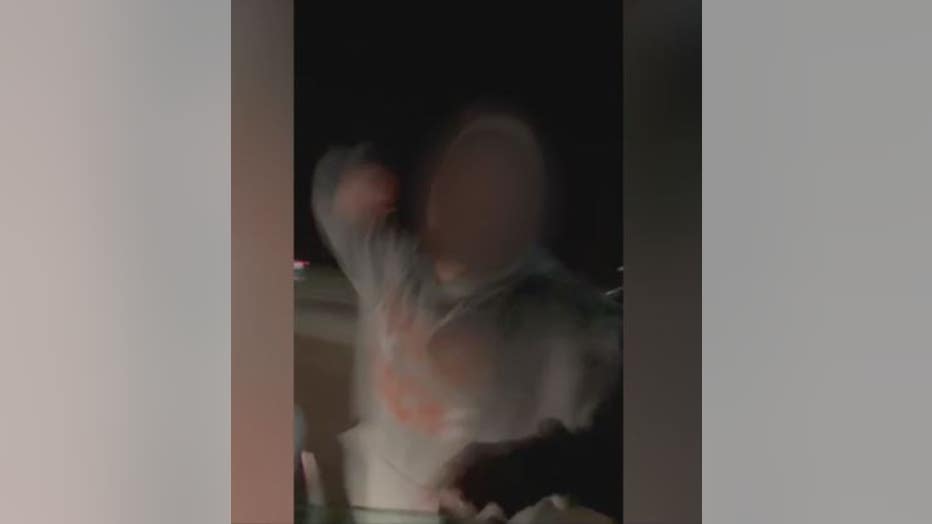 Still photo from video of the road rage altercation.