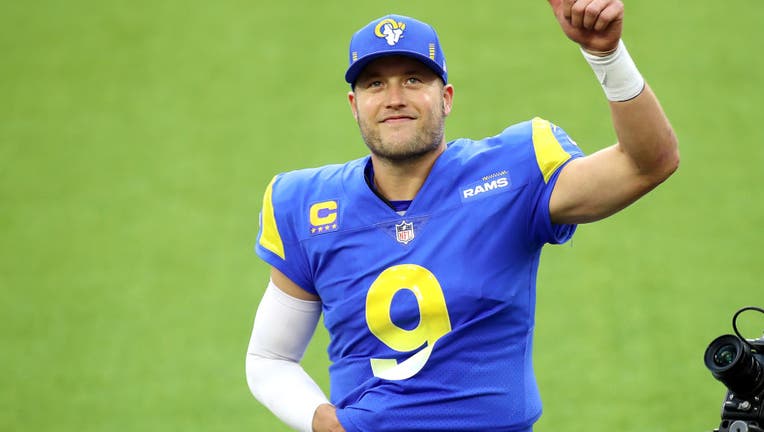 INGLEWOOD, CALIFORNIA - OCTOBER 24: Matthew Stafford #9 of the Los Angeles Rams gives a thumbs up after the game against the Detroit Lions at SoFi Stadium on October 24, 2021 in Inglewood, California. (Photo by Katelyn Mulcahy/Getty Images)

SOUTHFIELD, Mich. (FOX 2) - Hey, here's something new.  People can't agree on how to feel about something. In this case, the hot button topic is Matthew Stafford.

So, where's the truth? What's right? First off, part of being a sports fan is the passion you have for your hot takes. So, I'm not here to say anybody is right or wrong.

Here's what I think. If anybody decides to plant their flag and scream this is proof the Lions didn't do enough to build a winner around Matthew Stafford, then the appropriate response should be "no kidding."

Of course, they didn't. It's common knowledge. It's why they've churned through GM's and head coaches.

I've said for years that less Matthew Stafford would be a better Matthew Stafford. Too often it was on him to drag the team along and try to win with an inferior roster.

Sheila Ford Hamp said the day she took over, that the team couldn't hide from its past. The failure to win with Matthew Stafford is a part of that, and it's illuminated now with his success in Los Angeles. It's also why Brad Holmes and Dan Campbell are here. Because what was happening wasn't good enough, so they're hoping this will be.

Let's also remember there are few absolutes in sports. Stafford isn't without blame for some of the shortcomings during his time here. Could he have played better in a game for a division title or one of the three playoff games he was in? Sure.

But the bottom line is this: It wasn't good enough.

The organization, Stafford included, wasn't good enough. He's a terrific player who is now equipped with a head coach who also happens to be an outstanding offensive mind. He has a defense, with multiple Hall of Famers, who help make up for any mistakes he might make.

He didn't have that here. Too often a Stafford mistake meant a Lions loss. Now he's in a better spot; Better team, better roster, and more room for error.

So take from this run what you will, but I really think all this tells us is what we already knew. What we knew when Jim Caldwell and Matt Patricia and Jim Schwartz and Bob Quinn and Martin Mayhew got fired. The team wasn't good enough.

If you feel that's a permanent state because of the team's past, that's your right.

I guess I will go with hope over resignation. The current GM and head coach have nothing to do with the failures that came before them, and maybe they will write their own success story. They have every opportunity to do that.

The same opportunity as every other team in the league.

Stafford's success should be less about "I told you so" and more about understanding what it takes to build a winner.