The draft pick is in 2021. The 33-year-old Staal had two goals and nine assists in 52 games this past season. He has played his whole 13-season NHL career so far with the Rangers. 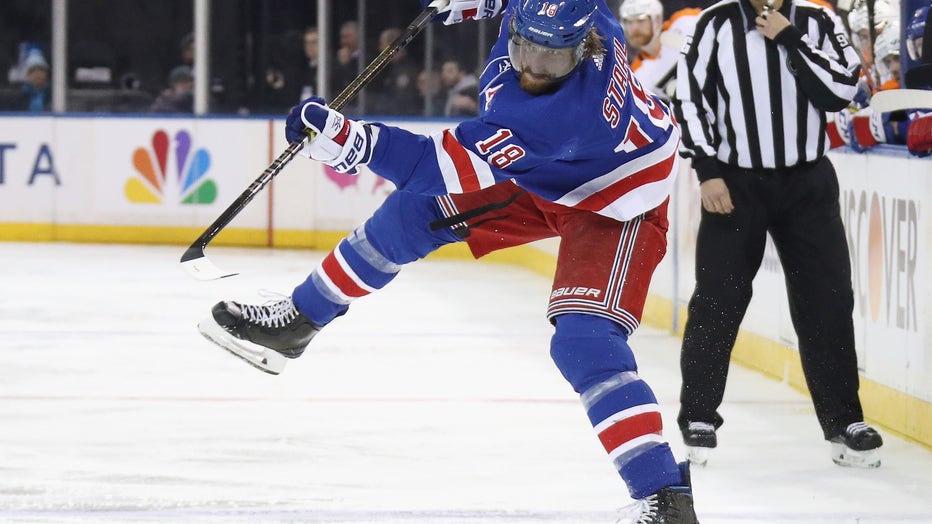 “Marc Staal has been an exemplary hockey player, teammate and person from the moment he joined the New York Rangers organization,” Rangers President John Davidson said. “A consummate professional, Marc's perseverance and dedication to the game made him such an integral part of our organization.”

Staal ranks sixth on the Rangers’ career list in games played with 892.

The rebuilding Red Wings have 20 picks over the next two drafts, including six of the first 65 selections this year. Earlier Saturday, they announced that they had signed forward Sam Gagner to a one-year contract extension. The Red Wings acquired Gagner on Feb. 24 in a trade with Edmonton.

In 42 games last season with the Red Wings and Oilers, Gagner had six goals and seven assists. He turned 31 in August. This was Gagner’s 13th NHL season.

Detroit also announced it has signed forward Turner Elson to a one-year extension. The 28-year-old Elson has spent the last three seasons with Grand Rapids of the AHL.

Staal is one of seven players to appear in a game for the Rangers in three different decades. New York reached the conference finals three times from 2012-15 and made it to the Stanley Cup Final in 2014.

“I would like to thank Marc for everything he has given to the New York Rangers during his 13 seasons with the team,” general manager Jeff Gorton said. “The success we had throughout Marc's tenure, including a trip to the Stanley Cup Final, would not have been possible without his tireless efforts on and off the ice. The respect we have for Marc is immeasurable, and we wish him and his family all the best.”