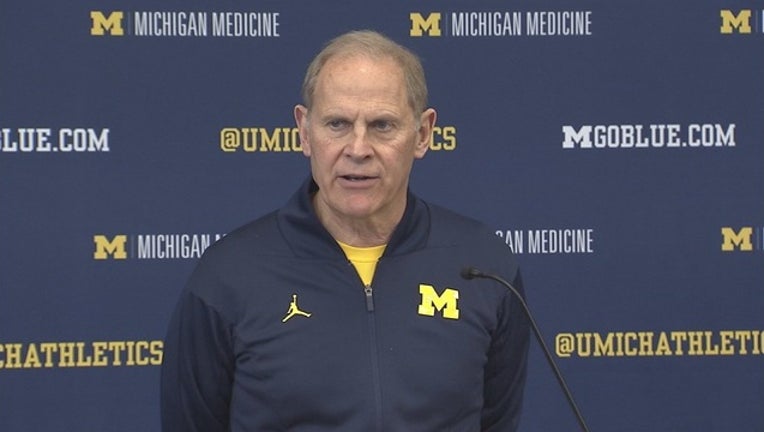 DETROIT (AP) - Michigan's John Beilein has interviewed for the Detroit Pistons' coaching vacancy, according to a person with knowledge of the situation.

The person spoke on condition of anonymity Friday because he was not authorized to speak publicly about the matter. Beilein led the Wolverines to the NCAA championship game this past season, the second time in six years he'd accomplished that. Michigan lost to Louisville in 2013 and Villanova this year.

The Pistons are searching for a new coach after Stan Van Gundy's ouster. Van Gundy spent four seasons as their coach, and he was also in charge of basketball operations. Detroit now has to fill both those roles .

The 65-year-old Beilein has been at Michigan for 11 seasons.

Long considered one of college basketball's top offensive minds, Beilein produced a team this season that was one of the best in the country at the defensive end. Michigan now has to replace big man Moe Wagner, who left school early for the NBA, but Charles Matthews announced this week he was staying with the Wolverines. Michigan is also bringing in a top-20 recruiting class this coming season, according to Scout.com.

Before arriving at Michigan, Beilein worked his way up through the college basketball coaching ranks, winning consistently in Division I stops at Canisius, Richmond and West Virginia. His college coaching career began in 1978 at Erie Community College. He went from there to Nazareth and then Le Moyne.