The Detroit Lions are releasing running back Kerryon Johnson, according to a person familiar with the situation.

The person spoke Wednesday night on condition of anonymity because the Lions had not announced the move.

Detroit drafted the former Auburn standout in the second round in 2018. Johnson became expendable after the team drafted D’Andre Swift No. 35 overall in 2020, signed free agent running back Jamaal Williams in March and drafted Oregon State’s Jermar Jefferson last week. 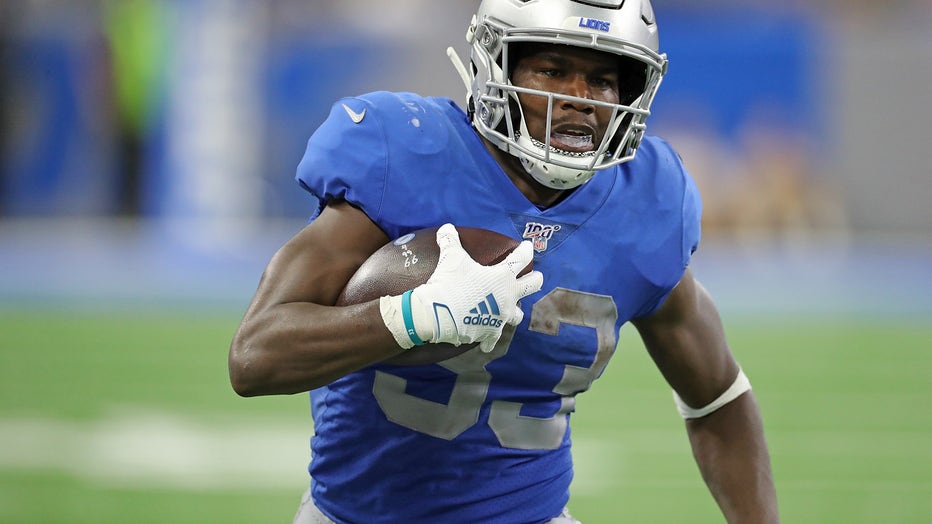 Johnson ran for 1,225 yards and eight touchdowns over three seasons. He also has 61 career receptions for 527 yards and three scores.

Last year, he had 181 yards rushing and two scores on 52 carries. and had 19 receptions for 187 yards receiving and a touchdown.

The Lions also added a player in free agency, signing tight end Darren Fells. The move gives the team a veteran at the position it can put on the field with Pro Bowl tight end T.J. Hockenson.

The 35-year-old Fells has 123 career catches with 1,483 yards receiving and 21 touchdowns. The previous two years in Houston, he had a combined 55 catches for 653 yards and 11 touchdowns.

Fells has started 76 games — including 13 with the Lions in 2017 — and played in 102 games with Arizona, Detroit, Cleveland and the Texans. He was a rebounding standout at UC Irvine and played basketball in Argentina, Mexico, Belgium, Finland and France before playing in the NFL.