Hall got into the paint and lobbed the ball in traffic to Bingham on the right side of the lane for the finish. The Ramblers had a final chance to tie or win, but Braden Norris fell short on a halfcourt heave to end it — sending Spartans players to mob Bingham in celebration near midcourt after a dramatic finish.

The Spartans (4-1) advanced to Thursday’s semifinals to face the winner between No. 19 Auburn and No. 22 Connecticut, while the Ramblers (4-1) will face the loser of that game in the consolation bracket on Thanksgiving Day. 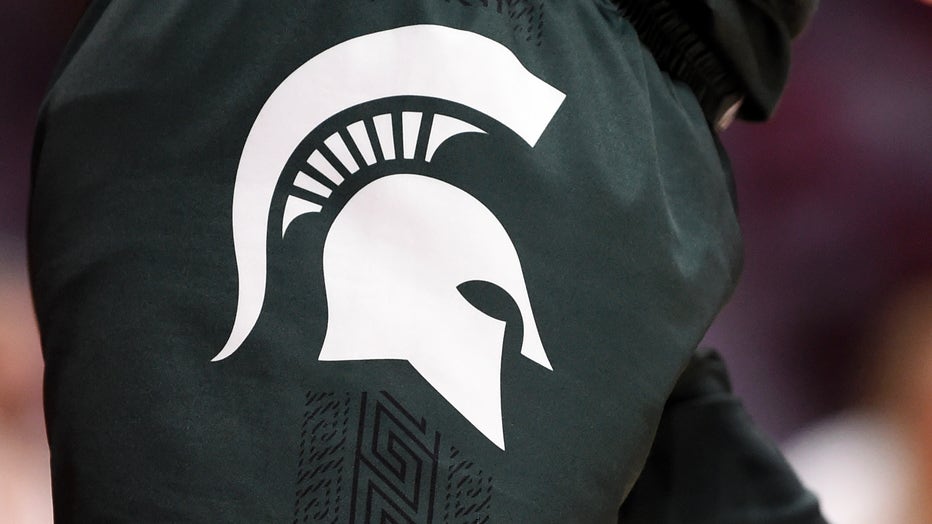 COLLEGE PARK, MD - JANUARY 28: The Michigan State Spartans logo on their uniform during the game against the Maryland Terrapins at Xfinity Center on January 28, 2021 in College Park, Maryland. (Photo by G Fiume/Maryland Terrapins/Getty Images)

Bingham finished with 11 points, nine rebounds and seven blocks for the Spartans. Malik Hall went 9 of 9 from the field, 5 of 5 at the free-throw line, and posted career highs of 24 points in 32 minutes. Michigan State shot 46% and won despite committing 20 turnovers.

The game featured a sideline matchup between first-year Ramblers coach Drew Valentine — 30 years old — against Hall of Famer Tom Izzo with the Spartans. Valentine worked two seasons under Izzo as a graduate assistant at Michigan State, including a Final Four run in 2015.

This was the opening game of the 10th edition of the Battle 4 Atlantis, which was on a hiatus last year due to the COVID-19 pandemic.