Trevor Richards (5-2) struck out the first two batters he faced in the 10th before Castro, pinch hitting for catcher Grayson Greiner, lined a tiebreaking single to left. 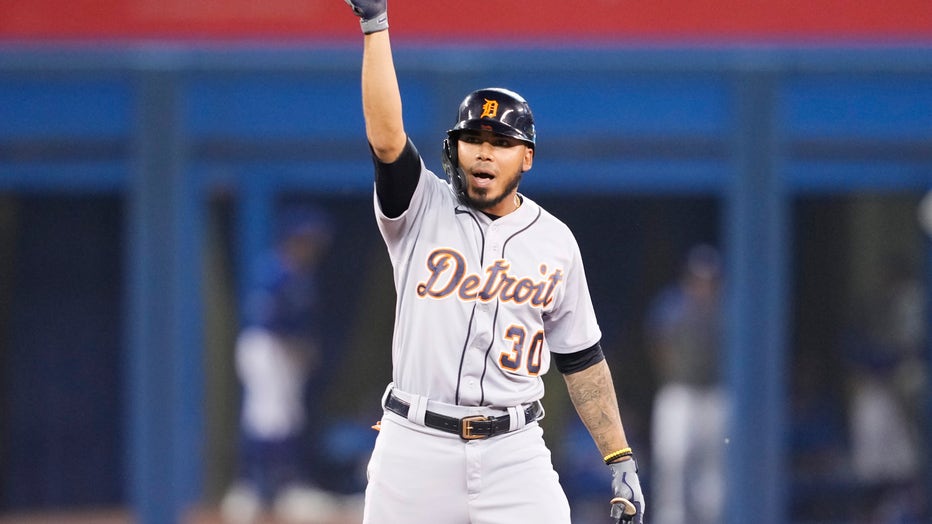 TORONTO, ON - AUGUST 20: Harold Castro #30 of the Detroit Tigers celebrates his RBI base hit against the Toronto Blue Jays in the tenth inning at Rogers Centre on August 20, 2021 in Toronto, Ontario. (Photo by Mark Blinch/Getty Images)

Gregory Soto (5-3) got out of a jam in the ninth and wrapped it up in the 10th as the Tigers snapped a four-game losing streak. Detroit turned four double plays, including three that ended innings.

Vladimir Guerrero Jr. hit his 36th home run for Toronto but the Blue Jays went 0 for 12 with runners in scoring position and lost for the sixth time in seven games.

Cabrera had a rough night. He popped up in the second, struck out swinging in a three-pitch at bat against Blue Jays left-hander Robbie Ray in the fourth, and grounded out on the first pitch he saw in the sixth. He struck out swinging against Jordan Romano in the ninth and Cimber in the 10th.

Tyler Alexander allowed one run and four hits in seven innings. He walked two and struck out six.

Robbie Ray kept the Tigers scoreless until the eighth, when Zack Short hit a leadoff single, moved to second on a sacrifice and stole third before scoring the tying run on a two-out wild pitch.

Ray allowed one run and five hits in a season-high eight innings. He walked none and struck out 11.

Blue Jays: RHP Joakim Soria (right middle finger) threw a bullpen before the game. Soria has pitched just once for Toronto since being acquired from Arizona on July 30. ... RHP Julian Merryweather (strained left oblique) felt sore after pitching one inning for Class-A Dunedin in his first rehab outing Wednesday, manager Charlie Montoyo said. Merryweather’s next scheduled appearance has been pushed back.

Tigers: OF Derek Hill (left rib contusion) worked out before the game and could be activated off the injured list Saturday, manager A.J. Hinch said. Hill was injured in an Aug. 10 outfield collision with teammate Akil Baddoo during a game at Baltimore. ... Baddoo was transferred Friday from the concussion list to the injured list. He is rehabbing at Triple-A Toledo.