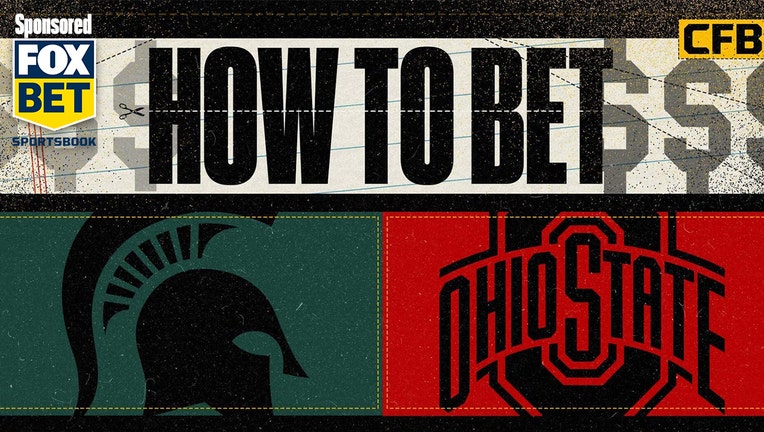 The No. 7 Michigan State Spartans prepare to battle the Buckeyes in their Saturday showdown against No. 4 Ohio State.

This means Saturday's matchup has huge implications as both teams are hoping to secure their spot in the Big Ten Championship Game.

Michigan State's offense bounced back after their 40-29 loss to Purdue with a convincing win 40-21 win over Maryland. In that game, Sparty's offense put up 481 yards. But it's the other side of the ball that's problematic for the Green and White. Their defense ranks No. 43 in the country giving up 23.4 points per game.

Ohio State's defense, on the other hand, ranks No. 23 in college football giving up 20.2 points per game, so the Buckeyes are poised to prevent the Spartans from putting on an offensive clinic against them like they did against the Terrapins.

Hands down, OSU's biggest weapon is their top-ranked offense. They rank first in college football in total offense, racking up an average of 550.3 yards per game.

Ohio State this season has won six games against the spread (ATS).

The Spartans have seven wins ATS this season.

MSU's running back Kenneth Walker is averaging 182 rushing yards per game this year.

Ohio State gives up an average of 368.9 yards per game.

The Spartans this year average 449.9 yards per game.

So who's the better bet for this weekend's afternoon, Big Ten battle? For that, we turn to FOX Sports analyst Geoff Schwartz.

Pick via FOX Sports' Geoff Schwartz: "Ohio State's offense ranks first in efficiency and points per drive. They can move the ball at will, and Michigan State will have issues defending them.

"Michigan State's defense comes in ranked in the mid-30s in points per drive, and it does a decent job of shutting down explosive plays. However, the Spartans don't have a dynamic pass rush.

"Unless quarterback C.J. Stroud has an awful game, it's hard to imagine Michigan State holding Ohio State under 45 points.

"Give me the Buckeyes!"