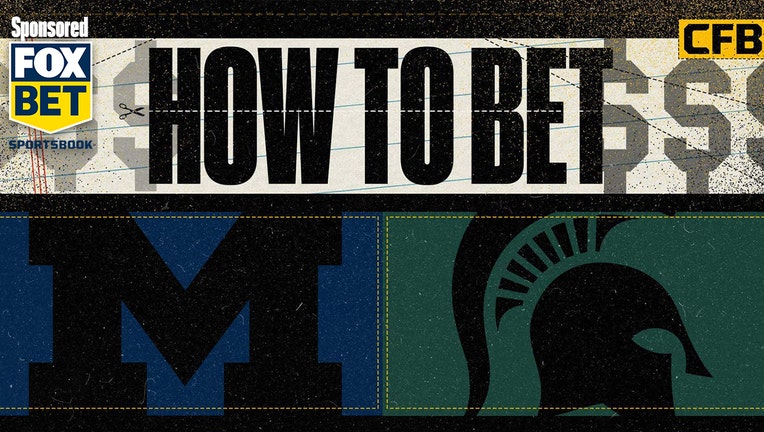 Both the No. 6 Wolverines and No. 8 Spartans are undefeated and ranked in the top 10 heading into Saturday's showdown in East Lansing, Michigan. As if the Michigan-Michigan State rivalry needed more juice!

This will be the first time since 2010 that the Wolverines and Spartans have played each other with both having undefeated records.

The Spartans and Wolverines have not played at Spartan Stadium since 2018.

A player worth watching is Spartans junior linebacker Ben VanSumeren, who transferred from Michigan prior to the season. VanSumeren has three solo tackles and four assisted tackles for the Spartans.

Michigan State is led by junior running back Kenneth Walker III, who is second in the country with 997 rushing yards, 63 yards behind Syracuse's Sean Tucker. He has four 100-yard games and two 200-yard games in his college career.

The Wolverines' leading rusher is Blake Corum, with 729 yards and 10 touchdowns on 116 carries.

Michigan quarterback Cade McNamara has taken care of the ball for the Wolverines as he is 92-for-146 passing (63 percent) for 1,115 yards, five touchdowns and just one interception.

Wolverines coach Jim Harbaugh is 2-0 on the road against the Spartans but 3-3 overall against Michigan State.

Michigan has allowed the fewest tackles for loss (12) this season and are tied for second with Army for fewest sacks allowed (three).

The Spartans' longest win streak over the Wolverines is four games, which has occurred four times.

Michigan State has not played a team this season that is currently ranked.

Both teams were unranked in the preseason poll.

The Spartans are listed with 88 missed tackles this season, twice as many as the Wolverines.

With a win Saturday, Mel Tucker would be the first Michigan State coach to start 2-0 against the Wolverines.