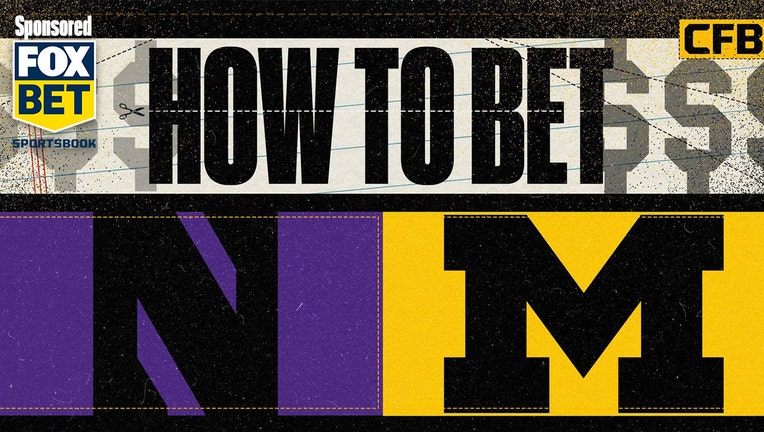 Don't look now, but the Michigan Wolverines are 6-0 midway through the football season and are ranked No. 6 in the country. Will it all come tumbling down Saturday afternoon when the Northwestern Wildcats travel to the Big House to face this menacing pack?

Not helping the case for the Wildcats' offense is that they have had a revolving door at quarterback. They've started three different players at the position this year. Sophomore Ryan Hilinski, a transfer from South Carolina, started the past three games and was 18-for-33 passing for a season-high 267 yards with two touchdowns and no interceptions in last week's 21-7 win over Rutgers.

In Ann Arbor, pound the ground is the name of the game as Jim Harbaugh's team has the sixth-best rushing offense in college football and has in its arsenal two of the nation's best running backs in Hassan Haskins and Blake Corum.

Despite the odds, it might not be all bad news for NU. The young 3-3 Cats in their win against Rutgers only allowed the Scarlet Knights 222 offensive yards. Perhaps they'll bring this grit to the all-important Big 10 matchup Saturday against their cross-conference foes.

The Wolverines, though, do have history on their side; they hold a 58-15-2 edge in the all-time series, winning the past six contests and 11 of the past 12.

The winner in Saturday's showdown will receive the inaugural George Jewett Trophy, named in honor of the first Black player for both schools. Jewett played for Michigan in 1892 and for Northwestern in 1893.

"Michigan doesn't have the explosiveness on offense to really blow teams out, or they haven't displayed that really," Klatt said. "They will grind you into potentially a two-possession win like they did against Washington early in the season as they did against Wisconsin, but it's not like they're just going to overwhelm you and blow you away with explosiveness on the offensive side.