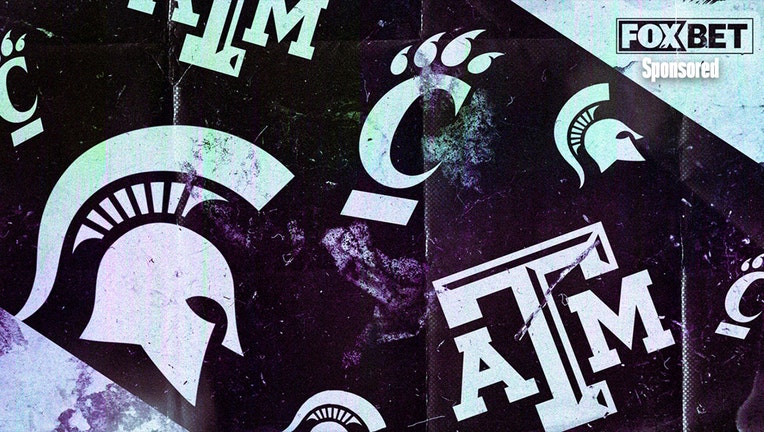 As gamblers, we fear the unquantifiable. The College Football Playoff Rankings came out Tuesday, and they will surely factor into games in the future, but how?

Alabama was a mild surprise at No. 2, given they lost as three-touchdown favorites to Texas A&M last month, but how will that impact their game against LSU? Probably not much, but we are talking about 19-20-21-year-old college kids, who probably view the rankings as, "we’re good, they respect us more than undefeated Oklahoma, Michigan State, and Cincinnati." Not that Nick Saban will let that be the case, of course. Especially not off a bye.

The Tide will probably be out for blood against LSU — the last time they played in Tuscaloosa, Joe Burrow’s Tigers won 46-41 and celebrated at midfield en route to a national title. Last year, Alabama won 55-17, and they’re probably going to post a similar score this week at home. Let's get to my best bets.

The rankings also impact two other games on this week’s slate. Let’s dive into them, with odds via FOX Bet.

Someone in the market seems to love the Tigers because, for four straight weeks, the line has moved in their favor. The team took money and beat Ole Miss last week (Rebels QB Matt Corral’s in-game injury had something to do with the result), they impressively beat Arkansas on the road, didn’t cover against Georgia, and nipped LSU.

This week Auburn faces a fourth straight ranked opponent. Compounding matters, coach Jimbo Fisher is coming off the bye week, so expect the Texas A&M offense — led by the promising quarterback Zach Calzada — to have a few wrinkles.

The only thing that has me nervous about backing the Aggies is the scuttlebutt about Fisher jumping ship for LSU. In some circles, he’s the leading candidate, and it’s a slam dunk he leaves.

As a reminder, the distributive property doesn’t apply in college football. Even though A&M lost at home to Arkansas, and Auburn beat the Razorbacks in Fayetteville, it doesn’t mean Arkansas is beating Texas A&M.

The Spartans just rallied from down 30-14 at home to shock rival Michigan in a game that bolstered Mel Tucker’s coaching options — should he want to entertain them — and Kenneth Walker’s Heisman candidacy. The game was a TV rating juggernaut, and as such, the betting public will hammer Sparty here.

Now Michigan State travels to Purdue, the same spot Iowa was in a few weeks ago after a massive win over Penn State. Purdue won in an upset, 24-7. The Boilermakers are also coming off an impressive road win over Nebraska, a game in which they were 7.5-point underdogs.

MSU won last year’s meeting by committing fewer turnovers and holding the ball for 38 minutes. Purdue hasn’t beaten Michigan State since 2006. If the Boilers have any hope of sneaking into the Big Ten title game, this is a must-win.

Statistically, Purdue is in the middle of the pack in rushing yards allowed per game (56th) and yards per carry (60th). In Michigan State’s narrow wins over Indiana and Nebraska, star running back Walker was bottled up (84 yards and 61, respectively).

This one’s easy: If Walker has a big game, Michigan State will survive and advance. If he can’t get loose, and it’s the fourth quarter, brace for chaos.

PICK: Michigan State (-3 at FOX Bet) to win by more than 3 points

This pick is almost out of spite of what the committee did to the Bearcats. For years, they’ve said, "You Group of 5 schools have to play people!" So Cincinnati scheduled road games against Notre Dame and Indiana because they’re not getting those games at home. And the Bearcats won both. "Yeah, but your strength of schedule is still weak." So the goalposts continually move, and the little guy can’t win. Brutal.

One of two things will happen to the Bearcats Saturday. They’ll be so devastated about their situation that the team will be distracted all week and almost lose to Tulsa. Or, they will be so angry, focused and out to prove their worth, they come out and drop a 49-7 win on the Golden Hurricane. I'll go with the latter.