DETROIT - DeMar DeRozan scored 16 of his 36 points in the fourth quarter and the Chicago Bulls beat the Detroit Pistons 114-108 on Wednesday night to snap a five-game losing streak.

Zach LeVine added 25 points for the Bulls, and Nikola Vucevic had 21 points. They won despite only hitting three 3-pointers.

Cade Cunningham had 22 points for the Pistons, but no one else scored more than 12. Detroit had won three straight.

The Pistons led 99-92 with 8:59 left before DeRozan and Zach LeVine took over. 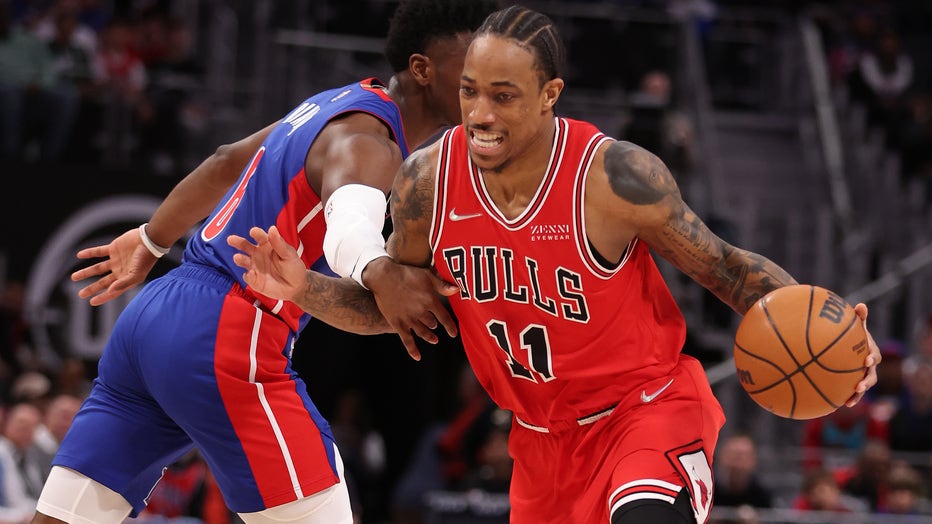 DETROIT, MICHIGAN - MARCH 09: DeMar DeRozan #11 of the Chicago Bulls drives around Hamidou Diallo #6 of the Detroit Pistons during the second half at Little Caesars Arena on March 09, 2022 in Detroit, Michigan. Chicago won the game 114-108. NOTE TO U

DeRozan’s layup gave the Bulls a 101-99 lead with 5:44 left and, after a Detroit miss, LeVine made two free throws to finish an 11-0 run. Two more baskets from DeRozan made it 109-101, and the Pistons couldn’t hit enough shots down the stretch.

Neither team led by more than eight points in the first three quarters, but Hamadou Diallo's put-back dunk gave the Pistons a 91-84 advantage going into the fourth.

Bulls: Vucevic missed Chicago's loss to the 76ers on Thursday night with a hamstring strain.

Pistons: At Boston on Friday night.