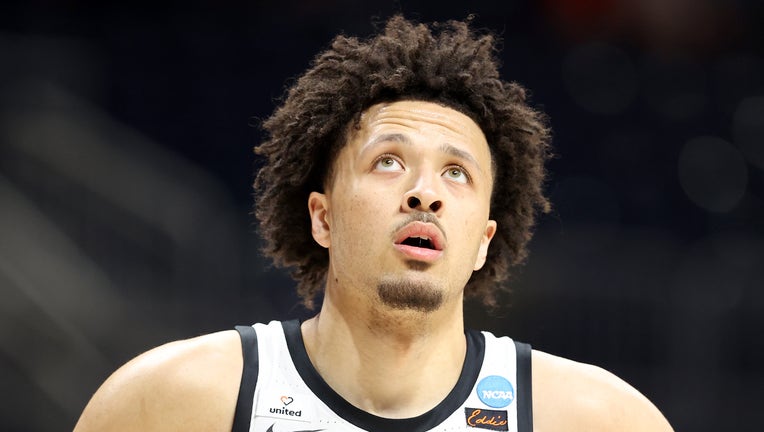 Cade Cunningham #2 of the Oklahoma State Cowboys looks on as they play the Oregon State Beavers during the first half in the second round game of the 2021 NCAA Men's Basketball Tournament at Hinkle Fieldhouse on March 21, 2021 in Indianapolis, Indian

After landing the number one overall pick in the NBA Draft, it was long assumed the Detroit Pistons would select Cade Cunningham out of Oklahoma State in the draft. That belief became a reality Thursday night.

Cunningham was selected by the Detroit Pistons with the first overall pick Thursday night. The one-and-done star is the headliner of a class that includes scorers, playmakers, and potentially elite defenders at the top.

Cunningham was mentioned as a candidate to go No. 1 before ever playing for the Cowboys. The 6-foot-8 point guard and first-team Associated Press All-American averaged 20.1 points while working as an effective playmaker.

"Any time I watch basketball or I’m just watching the playoffs, their playmaking ability shows how much they know the game and just their feel for the game," Cunningham said. "If you can make plays for your team and help put your teammates in winning positions, you can always find yourself getting playing time."

Detroit and the other teams atop the draft certainly could use that kind of help, too.

The Pistons won last month’s lottery for the top pick after a second straight 20-win season, and they haven’t finished better than .500 for five straight years.