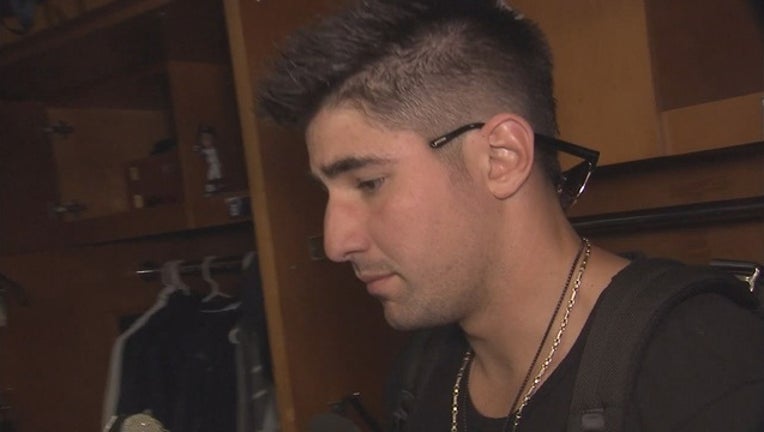 DETROIT (AP) - Nicholas Castellanos has left the second game of Detroit's doubleheader against Seattle with an injured finger on his left hand.

The Tigers described the injury as a contusion. Castellanos was hit by a pitch in the first inning and had his left hand checked before going to first base. He remained in the game in right field before being removed for a pinch hitter in the bottom of the second on Saturday.

Castellanos is hitting .326 with three home runs and 23 RBIs on the season.