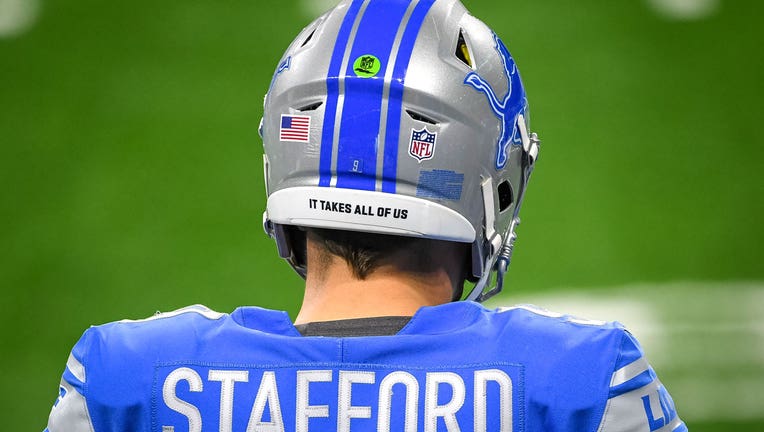 Matthew Stafford looks on before the first half against the Green Bay Packers at Ford Field on December 13, 2020 in Detroit, Michigan. (Photo by Nic Antaya/Getty Images)

DETROIT (FOX 2) - So what if that’s it? What if Matthew Stafford has taken his last snap for the Lions in Sunday's loss to the Packers? Stafford was knocked out in the fourth quarter with a rib injury and the likelihood of him playing this week is small.

First, I hope that isn’t the case and that he is okay. We will find out in the next couple of days. But it’s hard not to think about the possibility.

There is a regime change coming.  A new general manager and a new head coach will have to decide a course of action going forward and if it includes a quarterback going into year 13. Further, will Stafford want to be part of a rebuild if that’s where this is headed?

First, let’s get the math out of the way. Stafford carries a salary cap number north of 34 million for ’21 and dead money just south of 25 million so there is a decision to be made there financially.  We can set that aside for now.

We talked about it at the roundtable Sunday night. This was another game where Stafford had to be almost perfect for this team to win. I think that’s been the case for pretty much all of his 12 years here.

Look, I’m a Stafford guy. I don’t think he is Aaron Rodgers or Drew Brees but I think if he is/was surrounded by the right group of guys, you can win with him.

Stafford has never had an Aaron Jones - if we want to use the example we saw most recently. The team has been better than 23rd in the league in rushing once (2013) since he has been here. He’s had one top ten defense (2014) to lean on since he has been here.  More often than not, it’s been him playing with no margin for error and trying to find some way to win a game.

Matthew Stafford, in my opinion, is a better player than any of those three. They all had better teams. The better teams win games on most Sundays.

WATCH - Latest on Matthew Stafford &amp; what the Lions are playing for the rest of the season

Matthew isn’t without blame. He’s made his share of bad plays, made bad decisions, and he's thrown bad picks. But rarely has he had a defense that could pick him up. Although to be fair, they did against the Bears. Those moments have been too rare over the years though.

At some point in the next month or so the Lions will name a new GM. That will be the third since Stafford arrived. In part, it will be because the previous two couldn’t put together teams (that word again) good enough to complement the best quarterback the organization has had in half a century.

Is coaching part of it?  No doubt, but I think the core issue has been talent and that is my focus here.

I’ve said for many years that less Matthew Stafford would mean better days for the Lions. That isn’t a shot at him. It’s an indication that he needs and has needed some help.