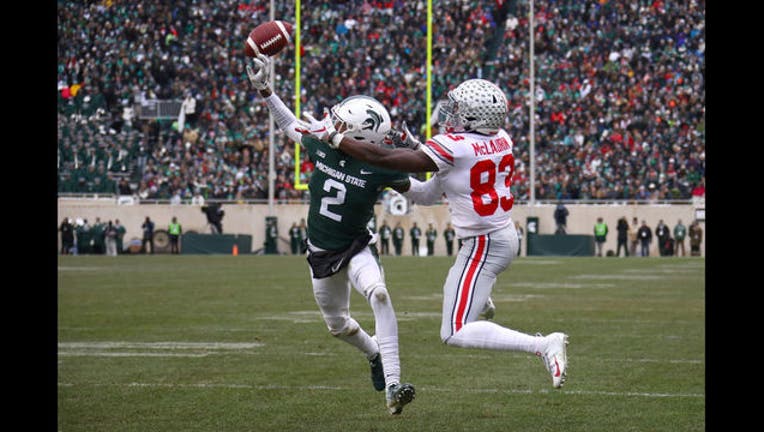 EAST LANSING, MI - NOVEMBER 10: Justin Layne #2 of the Michigan State Spartans breaks up a pass next to Terry McLaurin #83 of the Ohio State Buckeyes during the first half at Spartan Stadium on November 10, 2018 (Photo by Gregory Shamus/Getty Images)

Layne, a junior, said on Twitter last week that he would be entering the draft. Coach Mark Dantonio said Wednesday that Layne wouldn't be playing in the Redbox Bowl against Oregon on Dec. 31.

Dantonio said the decision to miss the bowl disappointed him.

"Everybody these days has a different philosophy on how these things are working out," Dantonio said. "My philosophy is you finish, you finish the season, that includes playoff or bowl games. Other people feel differently. Doesn't mean that I'm right and they're wrong, just a difference of philosophy."