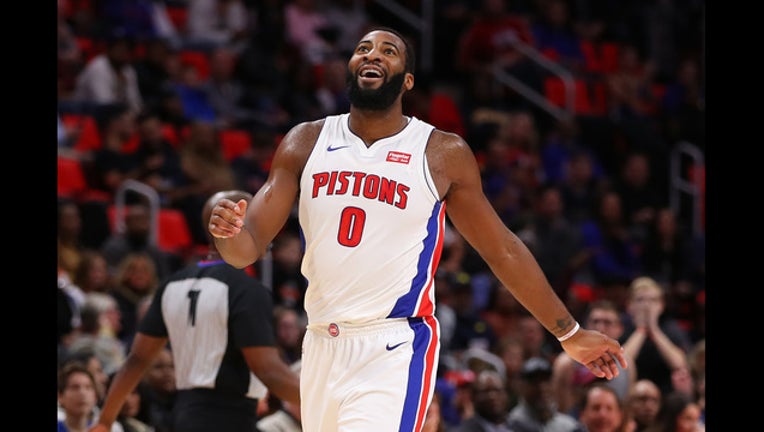 DETROIT, MI - DECEMBER 08: Andre Drummond #0 of the Detroit Pistons reacts to a offensive basket interference call during the first half while playing the Golden State Warriors at Little Caesars Arena. (Photo by Gregory Shamus/Getty Images)

Drummond is an All-Star for the second time. He also represented the Pistons in 2016. He entered Tuesday night's game against Cleveland averaging 14.7 points and 15.1 rebounds.

After Drummond was initially left out of this year's All-Star game, he posted to his Twitter account: "Guess I gotta start doing back flips after every point I score to get attention around here!"