DETROIT - The Detroit Lions played their last game of the season with heavy hearts.

One night earlier, the team had announced the death of wide receiver Marvin Jones' son Marlo. There was a moment of silence at Ford Field before Sunday's game against Green Bay, and the Lions turned in an inspired performance, although they ultimately lost 23-20 on a last-second field goal.

“Wanted to play for our family that was hurting," quarterback David Blough said. "We were playing hard and guys were executing well. It's a bummer we couldn't finish it.”

A team spokesman said Marlo was about 6 months old. Jones was at the game but didn't play. He went on injured reserve earlier in the month.

Detroit lost nine games in a row to finish the season, but against a Green Bay team that needed a win to earn a first-round bye in the playoffs, the Lions showed plenty of pride, and Jones was obviously on a lot of minds. 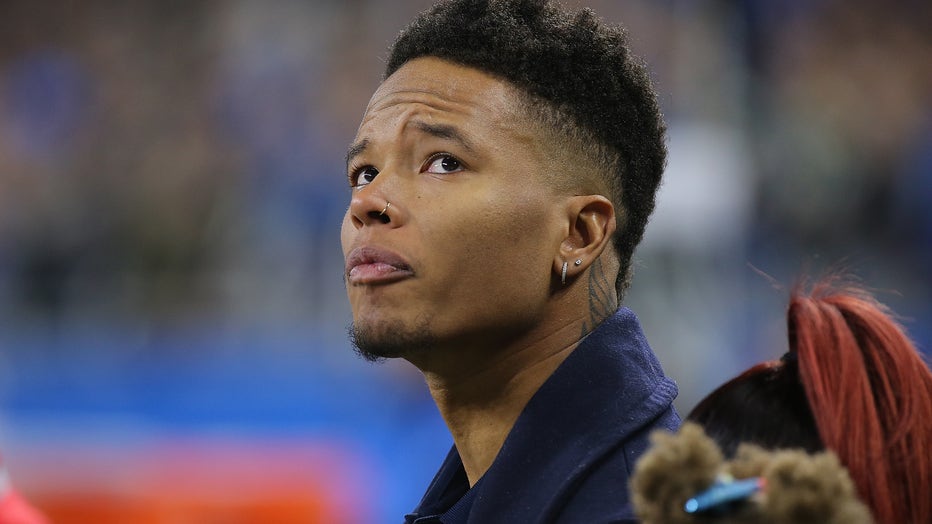 DETROIT, MI - DECEMBER 29: Marvin Jones #11 of the Detroit Lions and his family stand on the sidelines during a moment of silence for the passing of their young son, prior to the start of the game against the Green Bay Packers at Ford Field on Decemb

“It's a wonderful family,” coach Matt Patricia said. “My heart is just so saddened for them. ... I was very happy to see him today.”

The Lions lost both games to Green Bay this season on field goals with no time remaining. They never trailed at any other point in those two games.

Detroit made it clear this game would not be easy for the Packers, jumping out to a 17-3 halftime lead. The Lions scored their first touchdown on a trick play. Blough gave the ball to Danny Amendola on what looked like an end-around. Then Amendola threw back to Blough, who had slipped into the secondary for a 19-yard touchdown catch.

“We've got some alerts on it, see if it's man or zone. Nobody's got the quarterback in man coverage," Blough said. "Awesome timing for the call, and Danny sold it great. That's how you hope it comes out.”

Detroit also scored a touchdown on a trick play in its finale last season against the Packers, when kicker Matt Prater threw a TD pass.

“Honestly, a lot of those plays that we have, we work on them through the course of the season. Sometimes they come up in the games that we can call them and sometimes they don’t,” Patricia said. "Certainly, we had one dialed up that we had been working on for a while, and we’re just kind of waiting for the right situation. Obviously, we couldn’t really wait past today. So, thought we’d take a shot.”

The loss assured that the Lions will have a top-three pick in the draft.