CHICAGO - Lucas Giolito tuned up for the playoffs with a solid start, Yoán Moncada hit a go-ahead, two-run homer in the eighth inning and the Chicago White Sox beat the Detroit Tigers 5-4 on Saturday night for their sixth straight win.

The AL Central champion White Sox are set to begin the postseason at Houston on Thursday in the best-of-five AL Division Series.

Giolito finished his dominant second half by pitching five innings, allowing one run and two hits. He has not permitted more than three runs in any of his last nine starts.

Giolito fanned three and finished the regular season with 201 strikeouts. 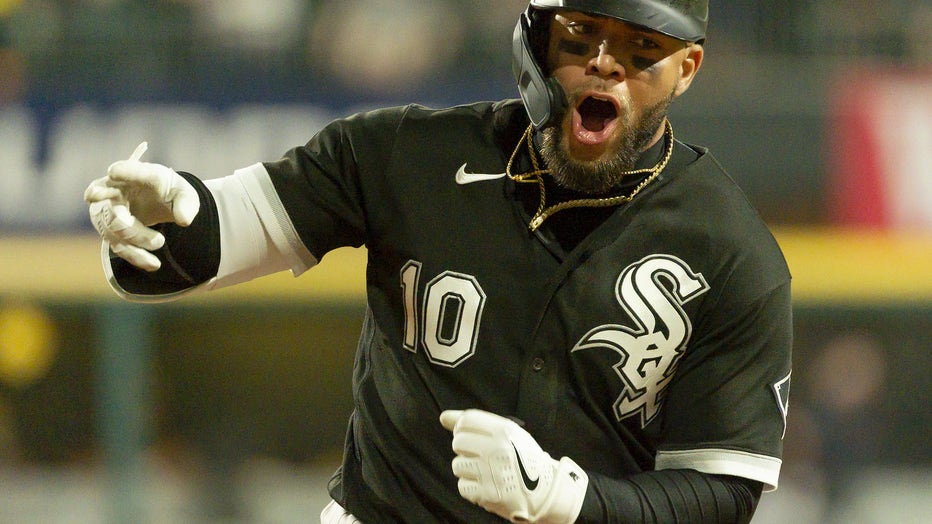 CHICAGO - OCTOBER 02: Yoan Moncada #10 of the Chicago White Sox reacts after hitting a two-run home run in the eighth inning against the Detroit Tigers on October 02, 2021 at Guaranteed Rate Field in Chicago, Illinois. (Photo by Ron Vesely/Getty Imag

Dallas Keuchel, in his second relief appearance of the season for the White Sox, gave up three runs on four hits and a walk while getting just two outs.

Chicago reliever Aaron Bummer (5-5) worked the eighth and Liam Hendricks closed for his 38th save.

Moncada capped a three-RBI performance when he connected with two outs off reliever Kyle Funkouser (7-4).

"This was an exciting game, an exciting comeback and of course an exciting victory" Moncada said. "I would put this one right at the top with all the wins that we got this year."

Down 4-0, Chicago scored three times in the seventh. Moncada and Gavin Sheets each drove in a run off reliever Jose Urena and Tim Anderson hit an RBI single off Alex Lange.

Jeimer Candelario hit an RBI single off Giolito in the fourth. The Tigers scored three more off Keuchel in the seventh.

"It was pretty personal for me," Manning said. "I know I got beat up last time, that was mostly my fault. I just made it personal for myself with my last outing and just really wanted to come in and give our team the best chance to win."

White Sox: Manager Tony La Russa said RHP Evan Marshall (strained flexor) looked good throwing Saturday and the team will see how he feels on Sunday to determine if he’s healthy enough for a spot on the playoff roster.