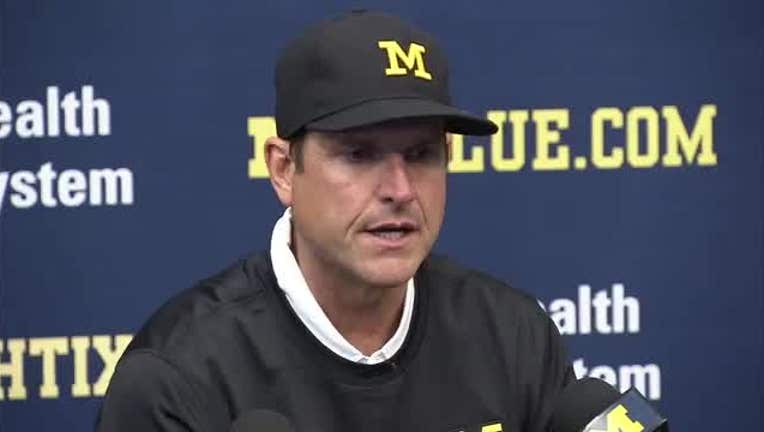 ANN ARBOR, Mich. - Michigan coach Jim Harbaugh has sent an email to parents of players on his team, refuting a report saying representatives are working on his departure from the school.

In an email, a copy of which was obtained by The Associated Press, Harbaugh says the idea that he's looking to leave his alma mater is not true. He says it happens every year by unspecified "enemies" to disrupt the program and impact recruiting.

The person who shared the email did so on condition of anonymity because it was intended only for players' parents.

Harbaugh, who is 43-16 with the Wolverines, is in the fifth year of a seven-year contract