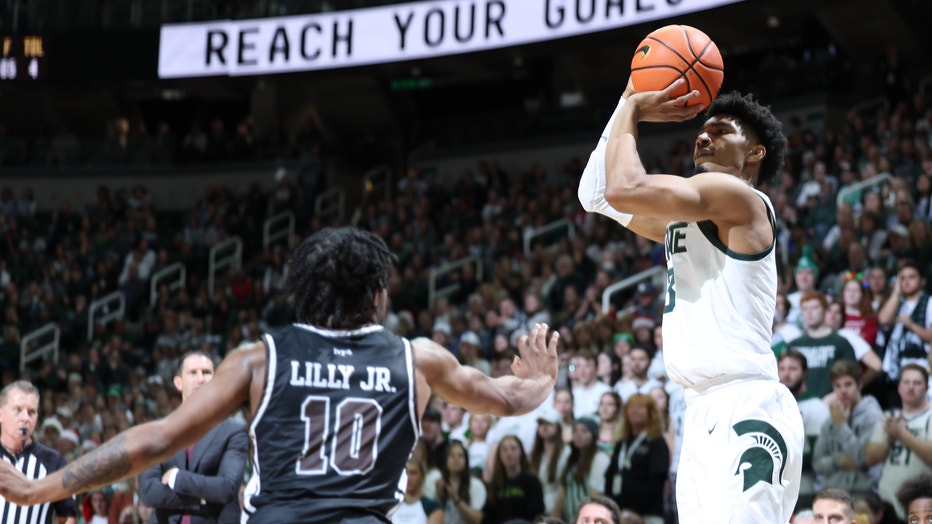 EAST LANSING, MI - DECEMBER 10: Jaden Akins #3 of the Michigan State Spartans shoots a three point shot over Kino Lilly Jr. #10 of the Brown Bears in the first half at Breslin Center on December 10, 2022 in East Lansing, Michigan. (Photo by Rey Del R

Brown (6-5) had a one-point lead four minutes into the game but the Spartans went on a couple of 7-0 runs and Jaden Atkins hit a 3-pointer in the final minute of the first half for a 32-18 lead. Hoggard had 11 points in the half, while Brown shot just 23%

The game featured Bears senior guard Paxson Wojcik playing against his father, Michigan State assistant Doug Wojcik, for the first time. Paxson Wojcik led the Bears with 10 points and 13 rebounds for his third double-double this season. The Bears shot 33% in seeing their five-game win streak snapped.