Jon Gray (2-3) pitched seven scoreless innings to end a five-start winless streak. He struck out six and did not walk a batter.

Tigers ace Tarik Skubal (5-4) allowed five runs on eight hits in five innings. The Tigers have been outscored 43-7 in the six losses and have scored one run in their last 35 innings.

Unlike Thursday's 3-1 win, when Texas didn't score until there were two out in the ninth, the Rangers were quickly out of the gate against Skubal. 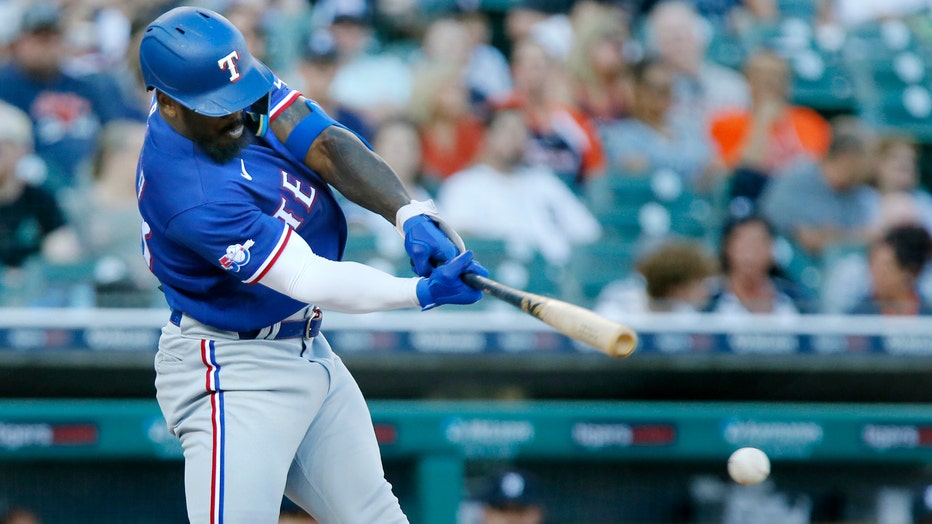 DETROIT, MI - JUNE 17: Adolis Garcia #53 of the Texas Rangers singles to drive in one run against the Detroit Tigers during the first inning at Comerica Park on June 17, 2022, in Detroit, Michigan. (Photo by Duane Burleson/Getty Images)

Marcus Seimen walked to start the game and Corey Seager singled. Adolis Garcia doubled past third baseman Harold Castro to make it 1-0. Jonah Heim followed with a two-run double past Castro to put Texas up 3-0.

The Rangers added a fourth run in the third. Seager led off with a double, took third on a groundout and scored on Nathaniel Lowe's two-out double.

Willi Castro doubled with one out in the fourth, but Gray struck out Miguel Cabrera and retired Javy Baez to end the inning.

Heim homered in the fifth to give the Rangers a 5-0 lead and Texas added two more runs off Will Vest in the sixth.

With OF Austin Meadows on the COVID-19 list, Tigers prospect Riley Greene is expected to make his major league debut on Saturday. Greene, the fifth overall pick in the 2019 draft, is considered one of Detroit's two outstanding hitting prospects, along with 2020 first overall pick Spencer Torkelson. Greene was going to start the season with the Tigers, but a broken foot delayed his debut.