CHARLOTTE, N.C. - Bismack Biyombo scored 19 points, Devonte Graham had 16 points and a career-high 15 assists and the Charlotte Hornets beat the Detroit Pistons for the eighth straight time with a 102-101 victory on Wednesday night.

Rookie P.J. Washington added 17 points, Miles Bridges had 15 had and Nic Batum 13 for Charlotte (7-11), which snapped a five-game losing streak. The Hornets haven’t lost to the Pistons since the 2017-18 season.

The Hornets withstood a final Detroit possession that didn’t end with a shot attempt despite three inbounds attempts in the final 12.3 seconds.

After the final one with 7.9 seconds to play, Derrick Rose drove into the lane before passing to Luke Kennard on the left baseline. But Kennard couldn’t get a shot off before the buzzer. 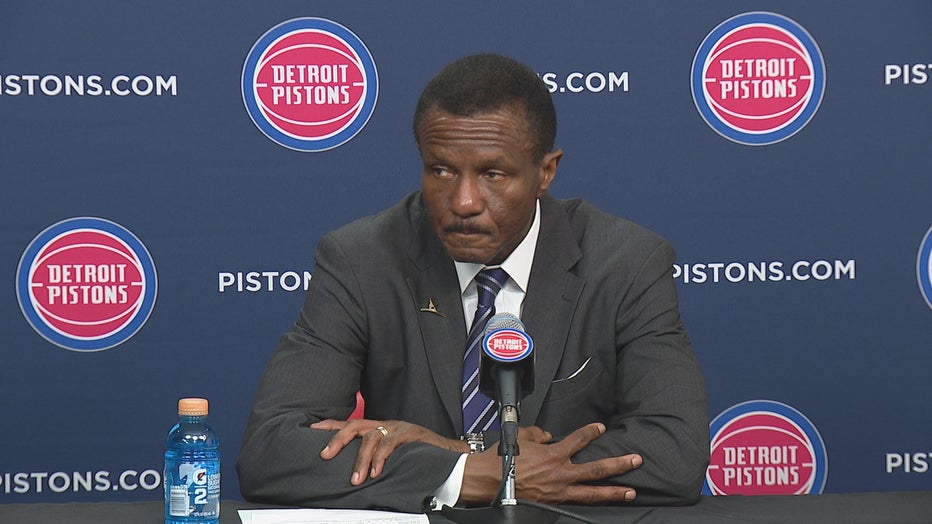 Charlotte scored the game’s first six points and led 25-14 with 5:11 left in the first quarter before the Pistons closed out the quarter strong to take a 32-31 lead.

Detroit maintained a 60-55 halftime lead before Charlotte retook the lead for good at 82-80 late in the third quarter.

Pistons: Guard/forward Tony Snell played in his first game since Nov. 15 after missing four games with a left hip strain. Snell, who entered averaging 9.2 points, came off the bench and went scoreless in 19 minutes. He missed both field goal attempts, including one 3-pointer.

Hornets: Center Cody Zeller didn’t play after a left hip injury in Monday’s 117-100 loss at Miami. It was the second game this season that Zeller has missed; he missed the Oct. 25 loss to Minnesota due to personal reasons. Since Zeller’s rookie year of 2013-14 when he played in all 82 games, he has missed 20, nine, 20, 49 and 33 games, respectively, in the previous five seasons.