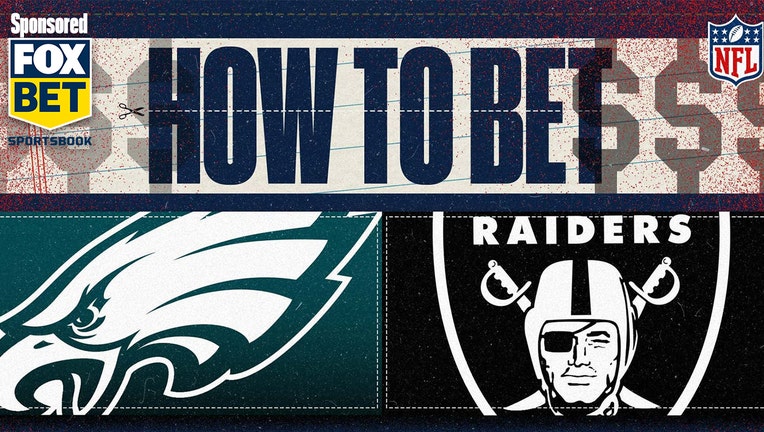 The second game of the Rich Bisaccia era will feature the Las Vegas Raiders playing host to the Philadelphia Eagles on Sunday.

Here's everything you need to know about the NFL odds on Sunday's matchup between the Eagles and Raiders — the point spread, moneyline, total over/under and pick from our betting expert (with all NFL odds via FOX Bet).

This will be the first game between the teams since 2017 when the Eagles won 19-10 on Christmas Day.

"I think really the big difference to me in recent weeks has been Ruggs taking the top off the defense," FOX Sports' Howie Long said. "I think since 2020, he's tied with Davante Adams for the most receptions of over 40 yards, that's saying something. What that does is it opens things up for (Darren) Waller, for (Hunter) Renfrow, for (Josh) Jacobs, and (Kenyan) Drake in the run game."

Eagles quarterback Jalen Hurts is the first QB in franchise history with a pair of rushing touchdowns in back-to-back games.

"For Philadelphia, it's the Jalen Hurts offense. In over 70 percent of their snaps, he's either throwing the ball or running it. He's accounted for five red-zone TDs," Long said. "I think he's an issue in the red zone. I think that's something they need to be specifically aware of. … So, I look for Philadelphia, if they want this offense to really reach its full potential with him at quarterback, I think they need to expand it to throwing the ball more to I think his dynamic players and let them make plays."

The Eagles are 0-6-1 in their past seven non-conference games.

With a loss, the Eagles would be off to their worst seven-game start to a season since 1999 when Philadelphia started 2-5 and finished 5-11.

In their four wins, the Raiders have averaged 31.0 points per game. In their two losses, Las Vegas has averaged 11.5 PPG.

The Raiders have committed only four turnovers, tied with the Seahawks for best in the league.

Pick via FOX Sports' Howie Long: "I think the Raiders win at home. I think last week was a huge win for them psychologically. And I think they realize now that they can get it done, and they're a really good football team."

PICK: Raiders (-3 on FOX Bet) to win by three or more points