Utah led by 22 points in the second quarter, but the Pistons came all the way back to tie it early in the fourth. The Jazz then went on an 18-2 run, but that big lead nearly slipped away as well. It was a one-possession game before Utah's Rudy Gobert made two free throws with 18.5 seconds left to make it 107-102. 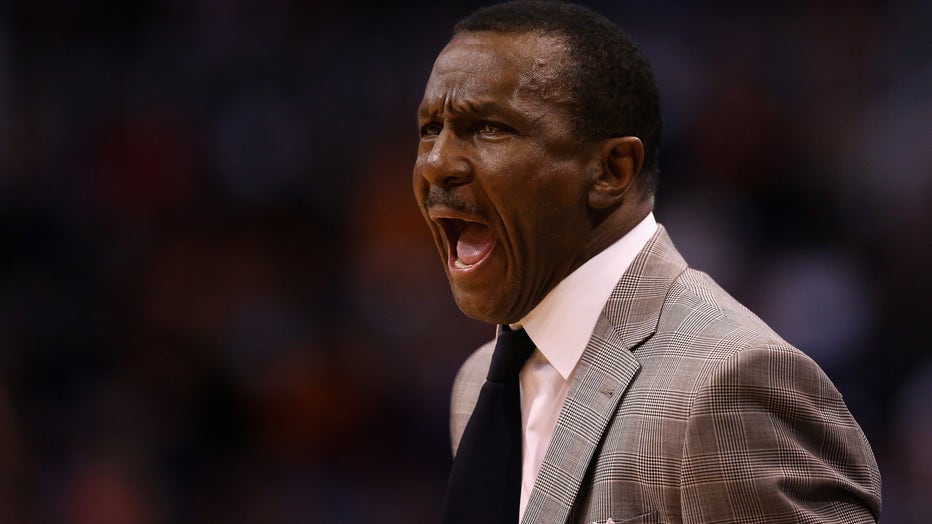 The Jazz moved 1 1/2 games ahead of the Houston Rockets for the No. 4 spot in the Western Conference. Donovan Mitchell scored 25 points for Utah.

Christian Wood scored a career-high 30 points for Detroit. The Pistons lost for the 17th time in its last 21 games.

The Pistons trailed 105-102 after Jordan McRae's layup with 42.1 seconds left. Mitchell appeared to slip at the other end, but while he was on the floor, he managed to throw a crosscourt pass to a teammate, and the ball then went inside to Gobert, who was fouled just before the shot clock was going to expire.

He made both free throws, and the Jazz were able to close out the win.

Utah swept a four-game road trip that also included games against the Cavaliers, Knicks and Celtics. The Jazz led Detroit 28-17 after one quarter and 55-39 at halftime.

It was 79-73 after three before the Pistons scored the first six points of the fourth, tying it on a driving bank shot by Bruce Brown.

The Pistons made 18 3-pointers in each of their previous two games. They were just 9 of 30 on Saturday.

Utah was shooting a league-leading 38.5% from beyond the arc entering the day. The Jazz were 10 of 33 in this game.

Pistons: Brown played for the first time since Feb. 23. He'd been out with left knee soreness. ... Wood surpassed the 1,000-point mark for his career. He was six points shy entering the game. ... Wood's previous career high of 29 points was set Wednesday against Oklahoma City.