DETROIT - Second baseman Jonathan Schoop is staying with the Detroit Tigers, agreeing to a one-year contract.

The 29-year-old hit .278 with eight home runs in the abbreviated 2020 season. He hit at least 21 home runs each of the previous four years.

"I’m thankful for the opportunity to rejoin the Tigers for the 2021 season," Schoop said. "We have a really good group here — we started to build something special last year and are going to take it to the next level in 2021." 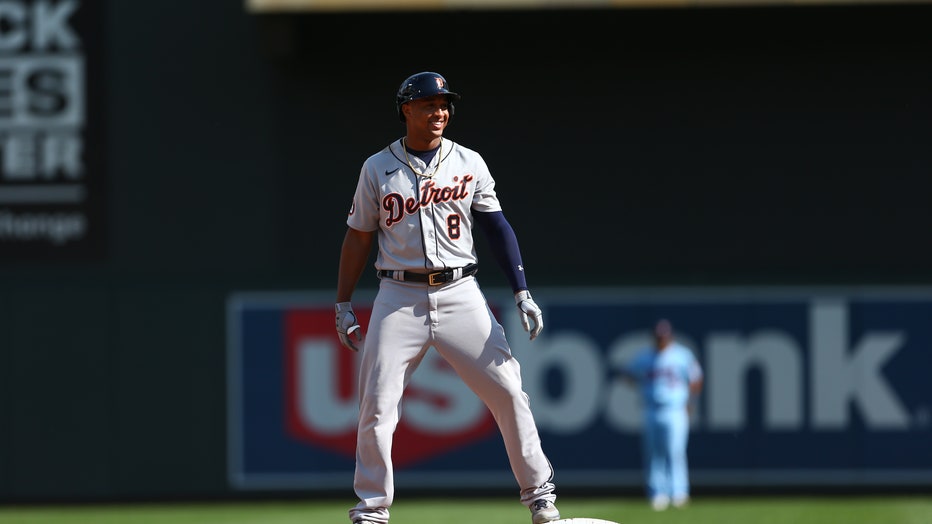 MINNEAPOLIS, MN - SEPTEMBER 06: Jonathan Schoop #8 of the Detroit Tigers reacts after hitting a double during the game between the Detroit Tigers and the Minnesota Twins at Target Field on Sunday, September 6, 2020 in Minneapolis, Minnesota. (Photo b

The rebuilding Tigers have stuck largely to short-term deals like this in recent years. Detroit went 23-35 last season.

"Jonathan made a tremendous impression on us last year, and we’re looking forward to having him back with the ballclub for the 2021 season," general manager Al Avila said. "Not only were we impressed by the on-field results, but also his leadership and relentless desire to be in the lineup day in and day out. It’s hard for a one-year free agent to have a real positive impact on a clubhouse’s culture, but he certainly achieved that last season, and we’re looking forward to that continuing."

Schoop played exclusively at second base for the Tigers last year, and in 2019 for the Twins. He has, however, played a little bit at shortstop and third base during his career — and he indicated that new Detroit manager AJ Hinch is open to moving him around.

"He and I have already had great conversations about allowing me to showcase my defensive versatility a bit more this year," Schoop said.

"Scott Coolbaugh was my hitting coach in Baltimore during my 2017 All-Star season," Schoop said. "He is a great hitting coach and communicator, and knows how much damage I can do at the plate."

Detroit designated outfielder Travis Demeritte for assignment to make room on the 40-man roster for Schoop.