DETROIT - Dominik Kubalik had a goal and two assists as the Detroit Red Wings beat the Anaheim Ducks 5-1 on Sunday.

Dylan Larkin, David Perron, Joe Veleno and Elmer Soderblom also scored to help Detroit improve to 3-0-2. Ville Husso had 32 saves to improve to 4-0-0 in his career against Anaheim. The Red Wings have points in each of their first five games for the first time since 2011-12, when they started 5-0-0. 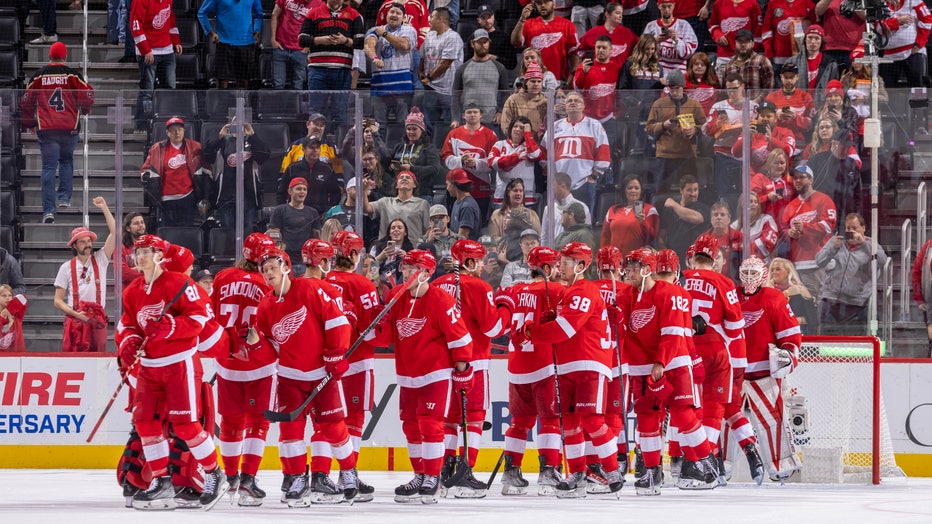 DETROIT, MI - OCTOBER 23: The Detroit Red Wings congratulate each other after an NHL game against the Anaheim Ducks at Little Caesars Arena on October 23, 2022 in Detroit, Michigan. Detroit defeated Anaheim 5-1. (Photo by Dave Reginek/NHLI via Getty

Larkin snapped a rebound past Gibson for a power-play goal at 2:02 of the first. It was his 150th career goal.

Zegras tied it at 5:31 as he poked a loose puck past Husso.

Perron scored on a power play from the left circle with 6 1/2 minutes remaining in the first with his team-leading fourth of the season.

Veleno redirected the puck past Gibson for his first of the season at 4:07 of the second to make it 3-1.

Kubalik’s shot from the right circle beat Gibson at 4:14 of the third with the Red Wings' third power-play goal of the game. Söderblom capped the scoring with 5:36 remaining.

The Red Wings are 17 for 17 on the penalty kill this season.