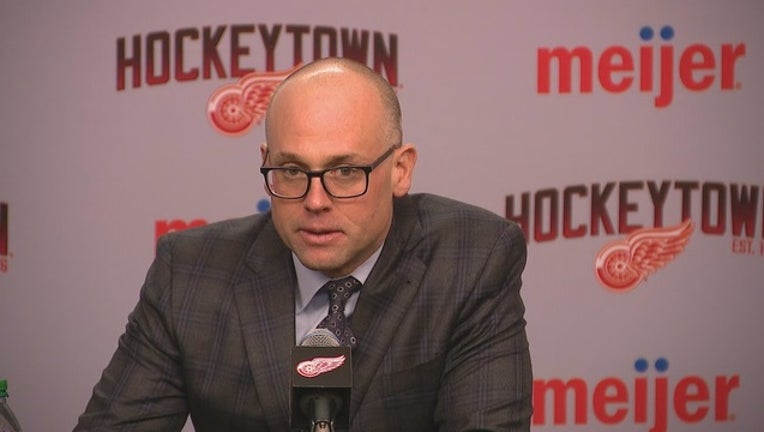 Thomas Vanek and Anthony Mantha scored for Detroit, which fell to 1-6-3 in the past 10 games. Jonathan Bernier finished with 30 saves.

Kucherov, one of the front-runners for the NHL MVP award, has 110 points through 69 games. Former No. 1 overall pick Vinny Lecavalier held the previous franchise record, finishing with 108 points when he had 52 goals and 56 assists during the 2006-07 season.

The record-setting point came on Kucherov's 32nd goal. He was alone at the top of the crease when he got a pass from Brayden Point and flipped the puck over Bernier at 11:56 of the first period.

"Kuch is an unbelievable player," Lecavalier said in a statement. "He is so dominant and talented that it is no wonder he broke my Lightning record for most points in a season. I'd like to personally congratulate Nikita for the accomplishment and wish him and the team further success as they approach the playoffs."

McDonagh also scored in the first on a wrist shot from the center point, helping Tampa Bay build a 2-0 lead.

The two-goal advantage held up until late in the second period when Vanek deflected a Niklas Kronwall pass past Domingue for a power-play goal with 3.1 seconds left.

Kucherov also scored on a one-timer from the right circle 13:53 into the third for his 33rd multipoint game of the season. Mantha got one back for Detroit with 56 seconds left, but Tampa Bay held on.

NOTES: D Jan Rutta made his Lightning debut after he was called up on an emergency basis on Friday. ... The Lightning were without D Dan Girardi (lower body), LW Adam Erne (upper body) and D Anton Stralman (lower body), who are all listed as day to day. . Detroit C Dylan Larkin missed his third consecutive game with a neck injury. ... Domingue made his first start on home ice since Dec. 10.