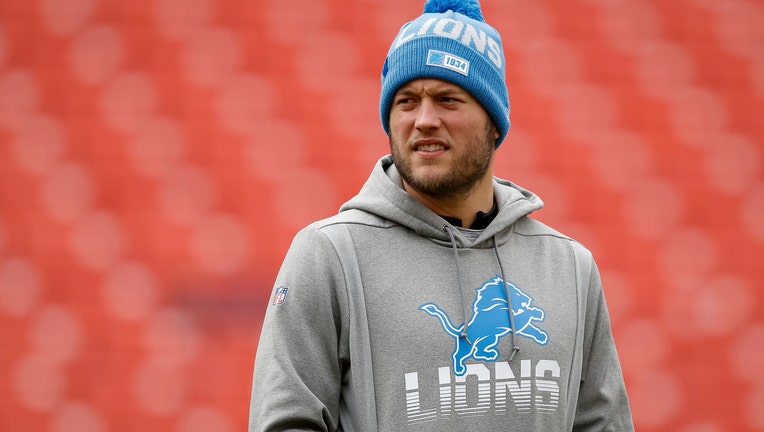 LANDOVER, MD - NOVEMBER 24: Matthew Stafford #9 of the Detroit Lions looks on before the game against the Washington Redskins at FedExField on November 24, 2019 in Landover, Maryland. (Photo by Scott Taetsch/Getty Images)

His wife, Kelly, added some intrigue to the situation with something she posted to Instagram Tuesday night.

She posted to her stories a screenshot of the article '3 Most Likely Trade Destinations for Matthew Stafford if the Lions Draft a QB - writing, 'Well if Detroit is done with us, I could stay in Cali' followed by the shrugging emoji.

That, of course, is referencing that he could perhaps be traded to Los Angeles and play for the Chargers. 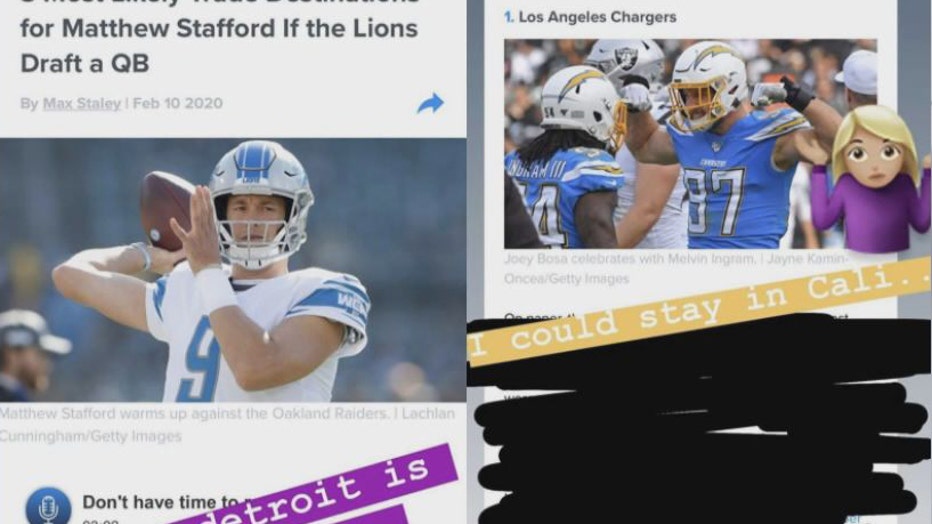 However - the trade rumors are false. FOX 2 Sports Director and voice of the Lions Dan Miller joined us on the phone Thursday morning to set the record straight.

"As of now, the Lions are absolutely not done with Matthew Stafford or Kelly Stafford and they very much want them around," Dan told us.

He's confirmed with a Lions official that their response to the report is that it is 100% false. Their plans are to have Stafford here and that he's going to be the quarterback for this team.

"If you draft a young quarterback - which I'm still not saying won't happen - if you draft a young quarterback and then throw out Veteran Quarterback Whomever, you know, you're probably looking at a losing record and you're probably looking at a general manager and a head coach that aren't going to survive that," Dan said. "They need Matthew Stafford this coming season if the situation with Quinn and Patricia is that they need to win now."

You can hear more from Dan Miller about his response to the trade rumor in the video player below.

The Detroit Lions have also confirmed on their website that the rumor is "100% false."