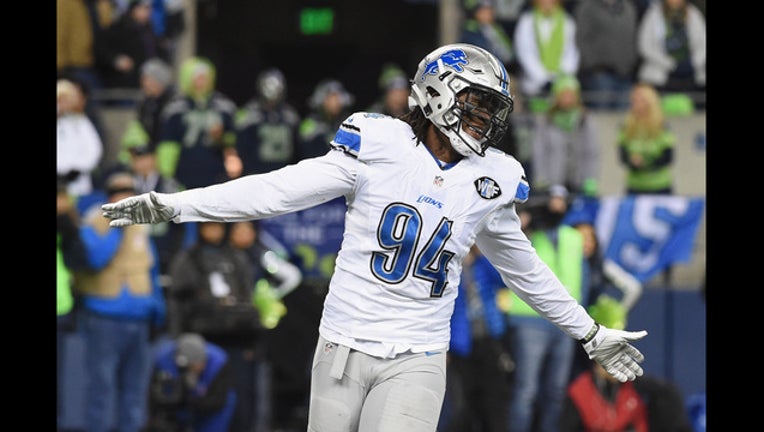 SEATTLE, WA - JANUARY 07: Ezekiel Ansah #94 of the Detroit Lions reacts during the first half against the Seattle Seahawks in the NFC Wild Card game at CenturyLink Field on January 7, 2017 in Seattle, Washington. (Photo by Steve Dykes/Getty Images)

Ansah, 28, had 12 sacks and one fumble recovery last season.  Since being the fifth overall pick in the 2013 draft by the Lions, Ansah has played in 73 games with 44 sacks, 155 tackles and three fumble recoveries.

The Lions had until March 6th to make a decision on whether to use the franchise tag on him and have until July 16th to sign a multi-year contract with Ansah.

Ansah is likely guaranteed to make north of 17 million dollars next season.