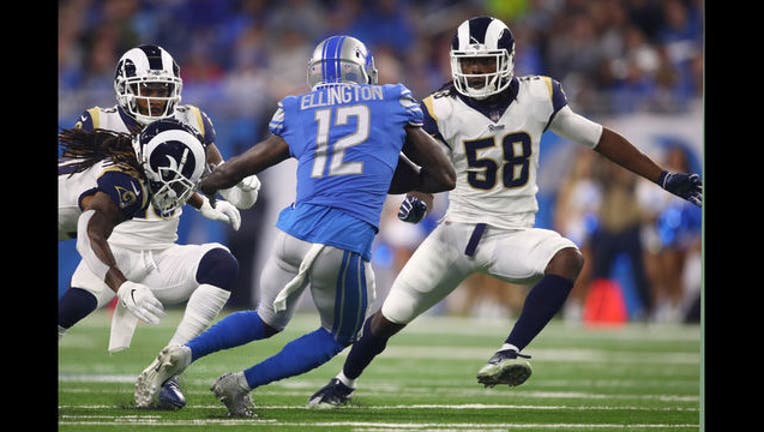 DETROIT, MI - DECEMBER 02: Bruce Ellington #12 of the Detroit Lions looks for yardage against Cory Littleton #58 of the Los Angeles Rams during the first quarter at Ford Field on December 2, 2018. (Photo by Gregory Shamus/Getty Images)

Detroit hosts Minnesota on Sunday and you can watch it on FOX 2 at 1pm.

Ellington has 23 catches for 132 yards on the season.