DETROIT (FOX 2) - The Detroit Lions will without star quarterback Matthew Stafford for the second consecutive game as they host the Dallas Cowboys Sunday on FOX 2.

Stafford missed last Sunday's game in Chicago against the Bears after scans on his back last week showed injury. It was the end of Stafford's 136 regular-season game streak. It was the sixth-longest streak for a quarterback in the history of the NFL.

When asked on Friday if Stafford would have additional scans on his back, Patricia would not go into detail but said that "there's definitely a medical plan in place."

Driskel played in place of Stafford in a 20-13 loss to Chicago, giving Detroit its fifth loss in six games. He was 27 for 46 for 269 yards - all career highs - with a touchdown and an interception in his sixth career start.

Potentially looking to add depth at the position, the Lions will be among the NFL teams planning to attend Colin Kaepernick’s workout for NFL teams on Saturday.

Detroit coach Matt Patricia said someone from general manager Bob Quinn’s staff will be in Atlanta to evaluate Kaepernick. Kaepernick hasn't played since the 2016 season with San Francisco. He helped start a wave of protests about social and racial injustice that season by kneeling during the national anthem at games.

Patricia was an assistant coach when Kaepernick led San Francisco to a win over New England in 2012 and four years later when the Patriots beat the 49ers. 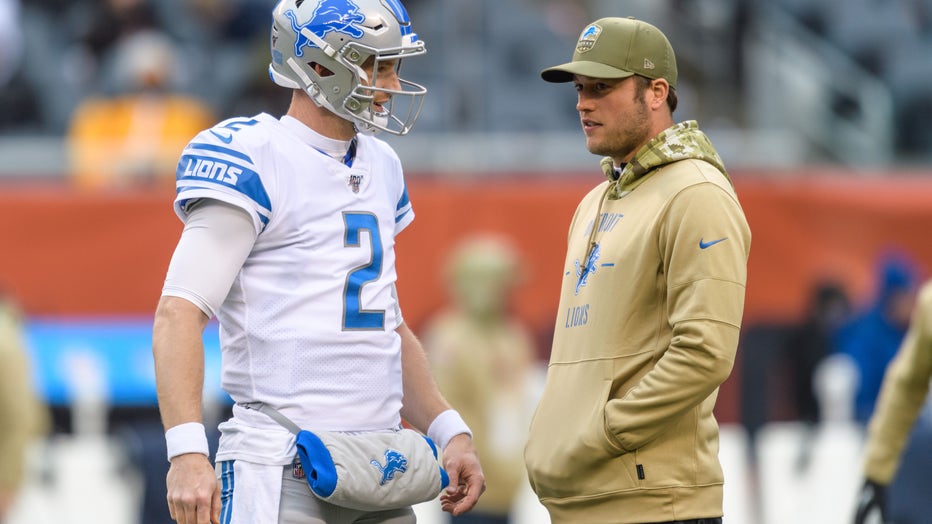