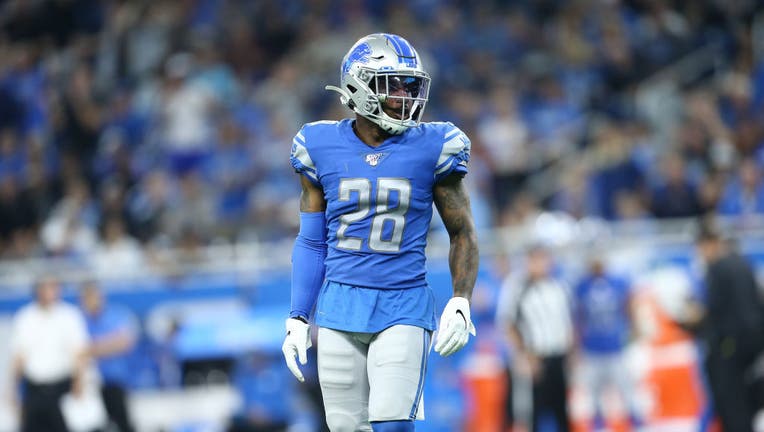 DETROIT, MI - SEPTEMBER 15: Quandre Diggs #28 of the Detroit Lions in game action in the fourth quarter against the Los Angeles Chargers at Ford Field on September 15, 2019 in Detroit, Michigan. (Photo by Rey Del Rio/Getty Images)

ALLEN PARK, Mich. (FOX 2) - The Lions have shipped safety Quandre Diggs and a pick to the Seattle Seahawks Tuesday, the team announced.

Selected by the Lions in the sixth round (200th overall) of the 2015 NFL Draft out of Texas, Diggs appeared in 65 games for Detroit and posted 229 total tackles (191 solo), 24 pass defenses, 12 tackles for loss, three forced fumbles, 1.0 sack and one interception.

At least one Lions teammate, Darius Slay, is not happy and took to Twitter saying "WTF" and "This is some bullsh*t here" with a facepalm emoji.

It has been a busy day for the front office after Kerryon Johnson was placed on Injured Reserve following knee surgery.