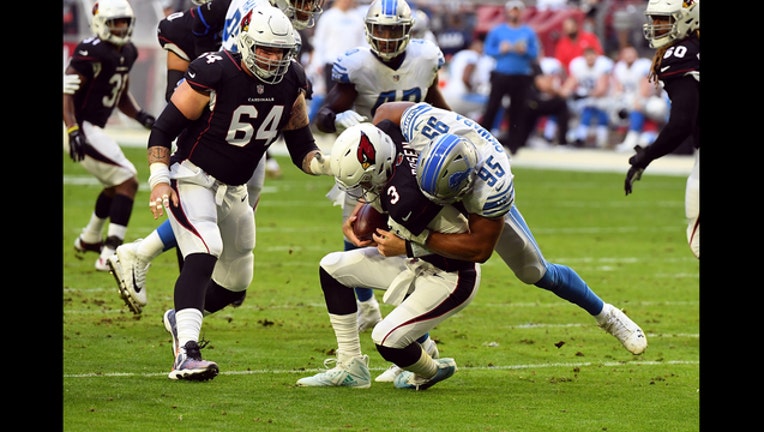 GLENDALE, AZ - DECEMBER 09: Romeo Okwara #95 of the Detroit Lions sacks Josh Rosen #3 of the Arizona Cardinals during the first half at State Farm Stadium on December 9, 2018 in Glendale, Arizona. (Photo by Norm Hall/Getty Images)

The Lions announced the move Tuesday. Okwara started 14 games for Detroit last season, leading the team with a career-high 7½ sacks.

Okwara originally entered the NFL with the New York Giants in 2016 as an undrafted free agent out of Notre Dame. He appeared in 22 games and made four starts with the Giants over his first two seasons.