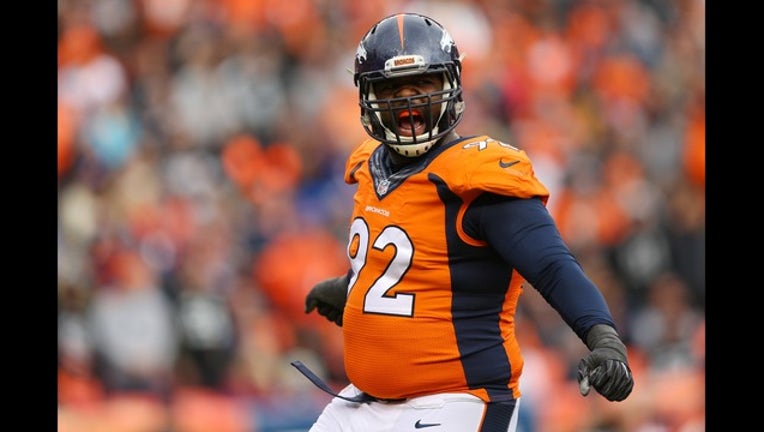 DENVER, CO - JANUARY 1: Nose tackle Sylvester Williams #92 of the Denver Broncos celebrates in the second quarter of the game against the Oakland Raiders at Sports Authority Field at Mile High. (Photo by Justin Edmonds/Getty Images)

Williams, 29, played his first four seasons in Denver after being drafted in the first round out of North Carolina and played last season with the Titans.  Williams plays nose tackle the majority of the time and had 12 tackles in 15 games a season ago.

The Lions were 18th in the NFL in stopping the run last season.

WIlliams held a conference call with local reporters and here were some of the highlights: