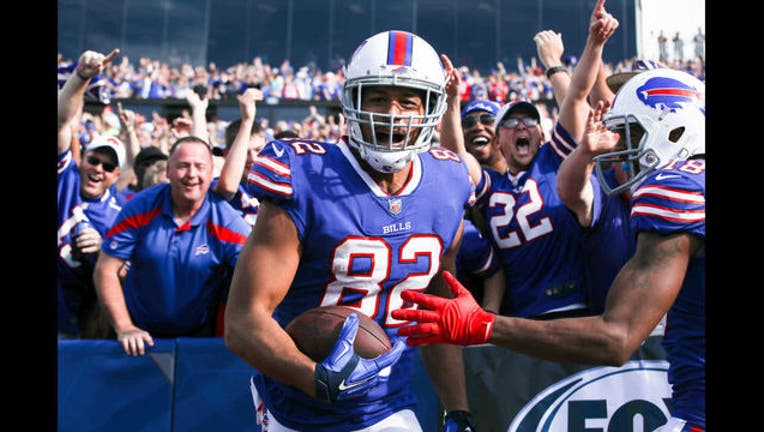 ORCHARD PARK, NY - OCTOBER 22: Logan Thomas #82 of the Buffalo Bills celebrates with fans after scoring a touchdown during the third quarter of an NFL game against the Tampa Bay Buccaneers. (Photo by Tom Szczerbowski/Getty Images)

Detroit made the move Thursday, adding depth at a position recently bolstered by the addition of Jesse James.

Thomas made 19 catches for 144 yards and a touchdown over the previous two seasons with the Buffalo Bills. He was drafted as a quarterback in the fourth round by Arizona out of Virginia Tech five years ago. Thomas was 1 of 9 and had an 81-yard touchdown pass as a rookie with the Cardinals in 2014.