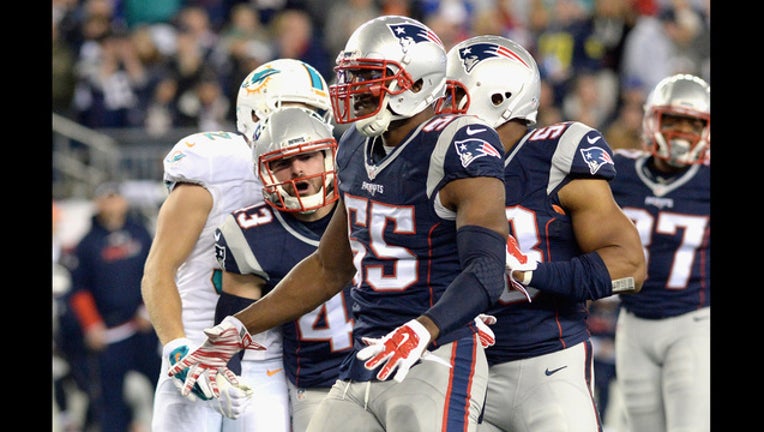 FOXBORO, MA - OCTOBER 29: Jonathan Freeny #55 of the New England Patriots reacts during the third quarter against the Miami Dolphins at Gillette Stadium on October 29, 2015 in Foxboro, Massachusetts. (Photo by Darren McCollester/Getty Images)

The Lions announced the move Monday.

The 28-year-old Freeny spent time with New England, Baltimore and New Orleans, playing in a total of six games. He made 11 starts for the Patriots over two seasons from 2015-16. Before that, he was with Miami.

New Lions coach Matt Patricia was the defensive coordinator for the Patriots when Freeny was with New England.