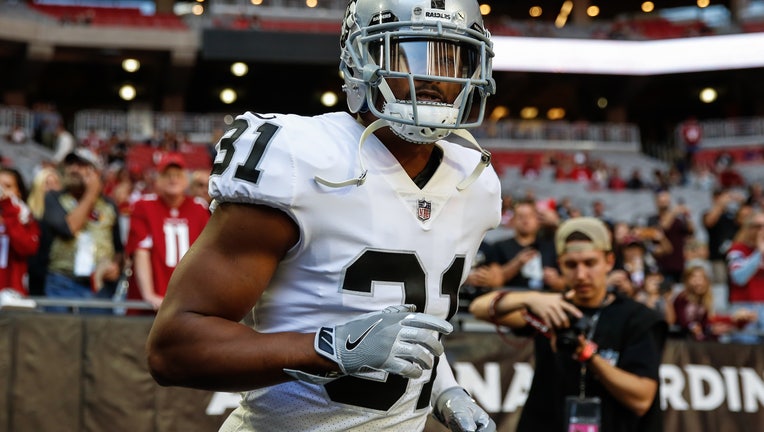 GLENDALE, AZ - NOVEMBER 18: Oakland Raiders strong safety Marcus Gilchrist (31) runs onto the field before the NFL football game between the Oakland Raiders and the Arizona Cardinals on November 18, 2018 at State Farm Stadium in Glendale, Arizona. (P

Detroit made the move Thursday, filling a roster spot vacated earlier in the week by a trade that sent starting safety Quandre Diggs to Seattle.

Gilchrist started every game last season for the Oakland Raiders and has 98 starts since his rookie year in 2011 with the Chargers. The former Clemson star has also played for Houston and the New York Jets and has 14 interceptions.