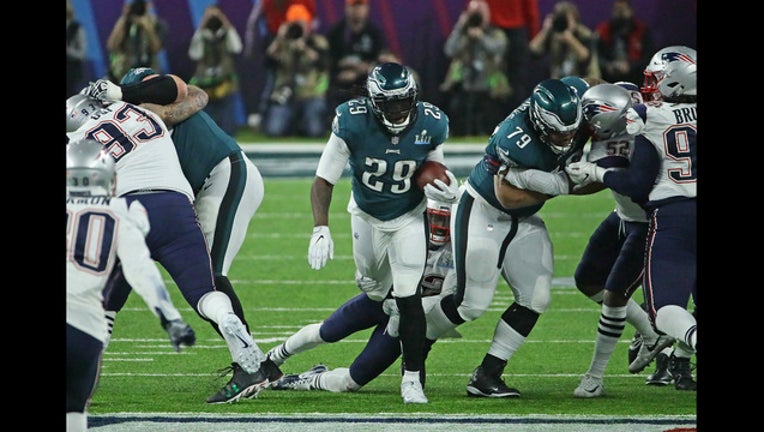 Blount, 31, who has won three Super Bowls, ran for 766 yards on 173 carries and two touchdowns for the Philadelphia Eagles last season.  The eight year veteran has a career 5,888 rushing yards on 1,341 carries and 51 touchdowns.  In 2016 he had the most rushing touchdowns in Patriots history with 18.

The 6-1, 245 pound back won two Super Bowls with Matt Patricia while with the Patriots and won one with Bob Quinn.  Blount averaged 4.4 yards per carry last season which is also his career average.