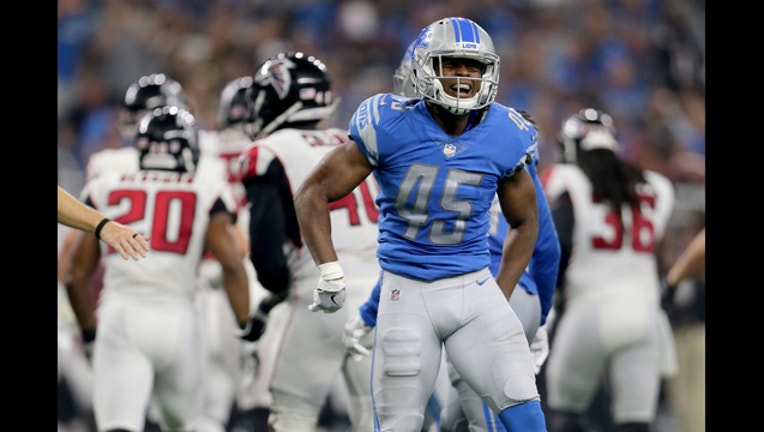 DETROIT, MI - SEPTEMBER 24: Charles Washington #45 of the Detroit Lions celebrates a defensive play against the Atlanta Falcons during the second half at Ford Field on September 24, 2017 in Detroit, Michigan. (Photo by Rey Del Rio/Getty Images)

The team announced the move Wednesday.

Washington had 13 special teams tackles in 29 games over the past two seasons. He joined the Lions as an undrafted free agent out of Fresno State after the 2016 draft and spent most of his rookie season on the practice squad.