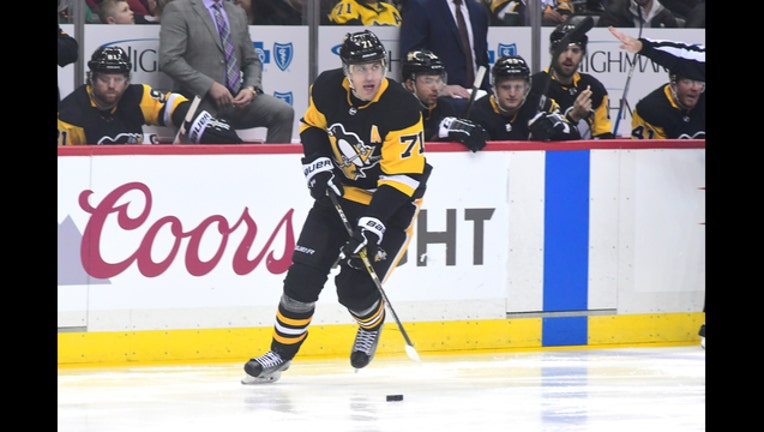 PITTSBURGH, PA - JANUARY 07: Evgeni Malkin #71 of the Pittsburgh Penguins skates with the puck against the Boston Bruins at PPG PAINTS Arena on January 7, 2018 in Pittsburgh, Pennsylvania. (Photo by Matt Kincaid/Getty Images)

PITTSBURGH (AP) - Evgeni Malkin had two goals and two assists, and the Pittsburgh Penguins beat the Detroit Red Wings 4-1 on Saturday for their third consecutive victory.

Phil Kessel added a goal and two assists for Pittsburgh, which had dropped its last three games against Detroit. Sidney Crosby had a goal and an assist, and rookie Tristan Jarry stopped 29 shots in his third straight start while Matt Murray is home in Canada tending to a personal family matter.

The Penguins have won four of five after dropping seven of their previous 10. Their three-game win streak is their longest since they won four in a row from late November into December.

Justin Abdelkader scored for the Red Wings, who lost their second straight after a four-game winning streak. Jimmy Howard made 32 saves after missing one game with a lower-body injury.