In parts of five seasons under Babcock, the Maple Leafs posted a record of 173-133-45 in 351 regular-season games and an 8-12 record in three postseason appearances. 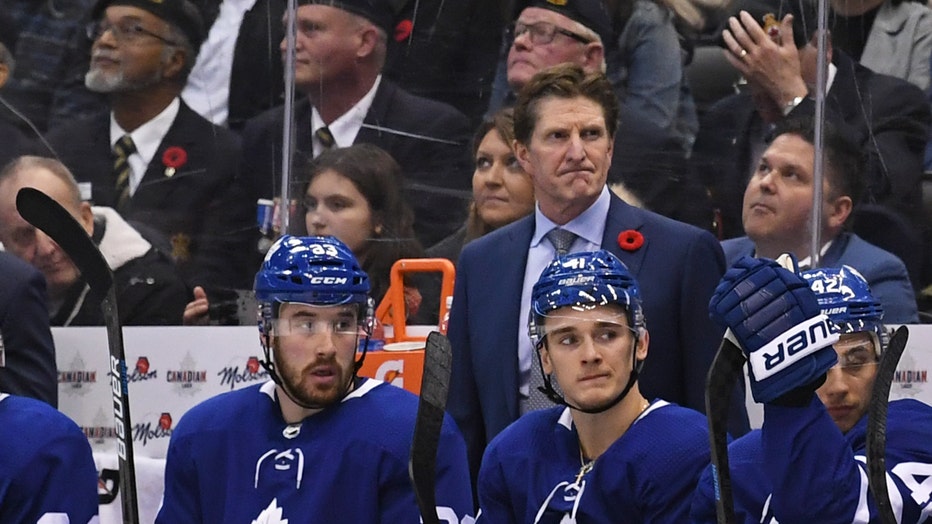 TORONTO, ON - NOVEMBER 09: Toronto Maple Leafs Head Coach Mike Babcock behind the bench during the regular season NHL game between the Philadelphia Flyers and Toronto Maple Leafs on November 9, 2019 at Scotiabank Arena in Toronto, ON. (Photo by Gerry

After signing the richest coaching contract in NHL history at $50 million over eight years, Babcock got Toronto to the playoffs the last three seasons but was unable to advance beyond the first round.

The 39-year-old Keefe, who has a long history with Leafs general manager Kyle Dubas, was in his fifth season as head coach of the American Hockey League's Toronto Marlies.