A football super fan in Kansas City geared up for the big game by updating his yards home field with end zones and the Super Bowl LV logo on Friday, February 5.

Marty Schottenheimer, former coach of four NFL teams, has died at the age of 77.

Schottenheimer died Monday night at a hospice in Charlotte, North Carolina, his family said through Bob Moore, former Kansas City Chiefs publicist. He was diagnosed with Alzheimer’s in 2014. He was moved to a hospice on Jan. 30.

Schottenheimer won 200 regular-season games with four NFL teams thanks to his "Martyball" brand of smash-mouth football but regularly fell short in the playoffs.

He was the eighth-winningest coach in NFL history. He went 200-126-1 in 21 seasons with the Cleveland Browns, Kansas City Chiefs, Washington Redskins and San Diego Chargers. 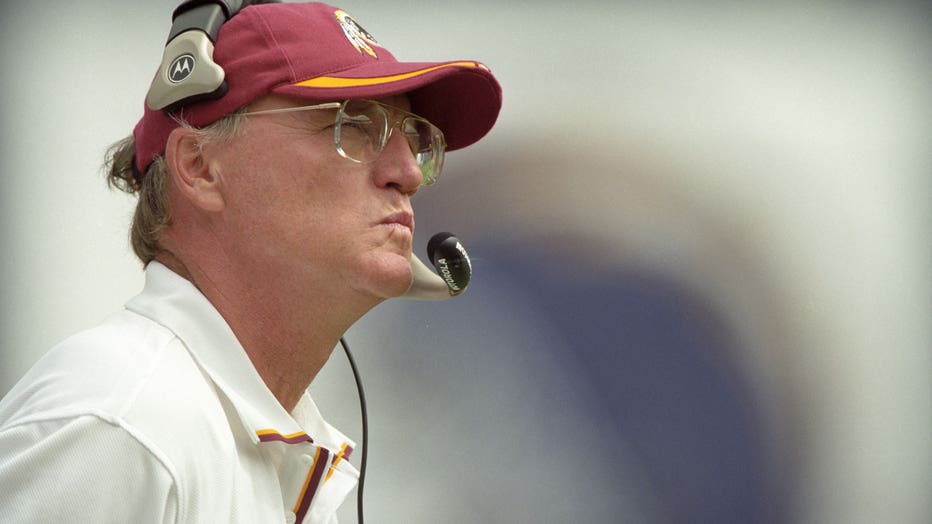 His success was rooted in "Martyball," a conservative approach that featured a strong running game and tough defense. He hated the then-Oakland Raiders and loved the mantra, "One play at a time," which he’d holler at his players in the pre-kickoff huddle.

Winning in the regular season was never a problem. Schottenheimer’s teams won 10 or more games 11 times, including a glistening 14-2 record with the Chargers in 2006 that earned them the AFC’s No. 1 seed in the playoffs.

It’s what happened in January that haunted Schottenheimer, who was just 5-13 in the postseason.

His playoff demons followed him to the end of his career.

In his final game, on Jan. 14, 2007, Schottenheimer’s Chargers, featuring NFL MVP LaDainian Tomlinson and a cast of Pro Bowlers, imploded with mind-numbing mistakes and lost a home divisional round playoff game to Tom Brady and the New England Patriots, 24-21.

A month later, owner Dean Spanos stunned the NFL when he fired Schottenheimer, mostly because of a personality clash between the coach and strong-willed general manager A.J. Smith.