Michigan Football player Mazi Smith is facing a felony weapons charge after he was caught in possession of a gun without a concealed pistol license. FOX 2's Charlie Langton weighs in on the police and prosecutor's handling of the incident.

Washtenaw County Prosecutor Eli Savit said Smith had a gun when he was pulled over for speeding Oct. 7. However, he was not arrested, so charges weren't immediate.

During Smith's arraignment Thursday, his attorney said he was in the process of getting a concealed pistol license when he was stopped. He has since received the license, the attorney said.

News of how long the charges took led to some backlash. Smith also has not been suspended from the team, another move that has been criticized.

"If you were in the process of getting a permit, and you applied for it didn't get it, whatever, and they determine that you are not a danger to society, this would be like any other person. The fact that he's a football player makes it newsworthy, but I don't see that this prosecutor or the police in Ann Arbor did anything unusual or gave this guy favorite treatment," FOX 2 legal analyst Charlie Langton said. 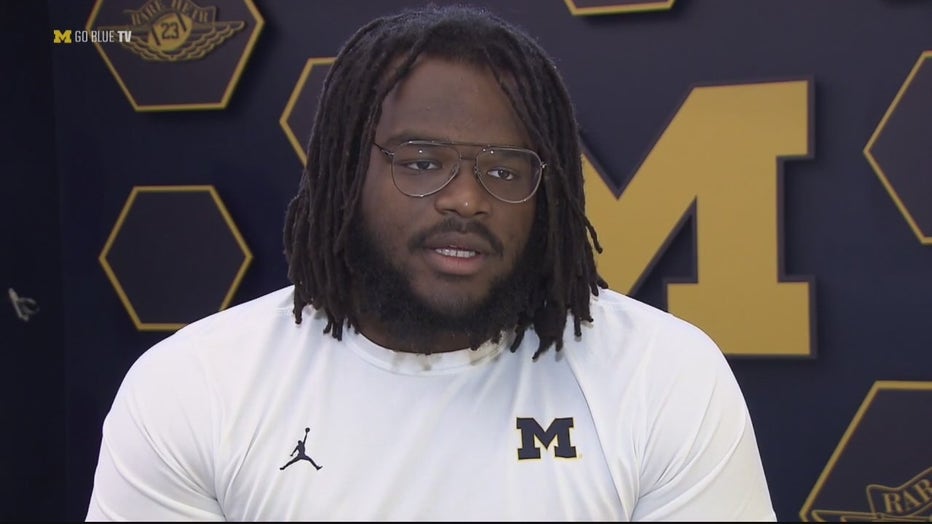 The senior defensive lineman has played in every game for the Wolverines, including the next day's game on Oct. 8 against Indiana. For the season, he has 44 total tackles and one total sack.

No. 2 Michigan plays Purdue on Saturday for the Big Ten Championship in Indianapolis.

"Bottom line here, he's not a danger to the community, and he's got a very technical violation, not registering a gun. Hey, it's a felony but to throw him in jail or to arrest him right on the spot – not on this one," Langton said.

"We are aware of the charge against Mazi from a traffic stop back in October. Mazi was honest, forthcoming, and cooperative from the very beginning and is a tremendous young man. He is not and never has been considered a threat to the university or community. Based on the information communicated to us, we will continue to allow the judicial process to play out. Mazi will continue to participate as a member of the team."

"I have respect for our judicial process, and with that respect brings confidence that a fair and just resolution is forthcoming. Mazi’s character and the trust that he has earned over the past four years will continue to be considered throughout the process."